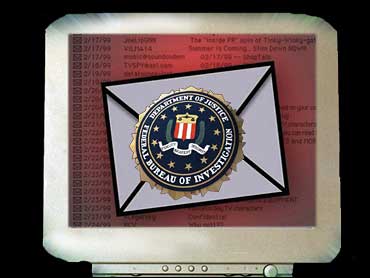 The FBI destroyed evidence gathered in an investigation involving Osama bin Laden's al Qaeda terror network after the FBI's e-mail wiretap system mistakenly captured information to which the agency was not entitled.

The FBI software not only picked up the e-mails of its target "but also picked up e-mails on non-covered targets," said a March 2000 memo to agency headquarters in Washington.

"The FBI technical person was apparently so upset that he destroyed all the e-mail take, including the take on" the suspect, the memo said.

The episode was described in documents made public through a Freedom of Information Act request filed by the Electronic Privacy Information Center, a Washington advocacy group. The material was not included in an original release but became public after a federal judge ordered the bureau to give out more documents.

At issue was an investigation in Denver in which the FBI's bin Laden unit was using the bureau's Carnivore system to conduct electronic surveillance of a suspect under a Foreign Intelligence Surveillance Act warrant.

The suspect's name and other information identifying details of the investigation were marked out of the letter.

The memo surfaced as the FBI was addressing concerns it mishandled aspects of terrorism investigation prior to the Sept. 11 attacks. Those concerns include a warning from its Phoenix office about Arab pilots training in the United States last July.

As an outgrowth of that and other much-criticized FBI actions before the attacks, the agency is to form a new office of intelligence and strengthen its oversight of counterterror investigations.

Attorney General John Ashcroft and FBI Director Robert Mueller are expected to outline high-profile changes Wednesday at the FBI's headquarters, including closer ties to the CIA and an overhaul of the FBI's outdated computer systems.

FBI officials refused on Tuesday to discuss the Carnivore memo or the investigation it referred to. They did, however, say that the bin Laden unit at FBI headquarters handles only investigations involving suspected activity by his terror network.

Privacy groups and some members of Congress have complained that Carnivore had the potential to collect more information than allowed by a warrant.

"Here's confirmation of the fact that not only did it do that, but it resulted in a loss of legitimately acquired intelligence," said David Sobel, general counsel of the Electronic Privacy Information Center, the group that sued to get the documents.

The review panel, led by Henry Perritt, recommended that the FBI change Carnivore so that it is more difficult to accidentally collect too much information. The FBI has not announced any changes.