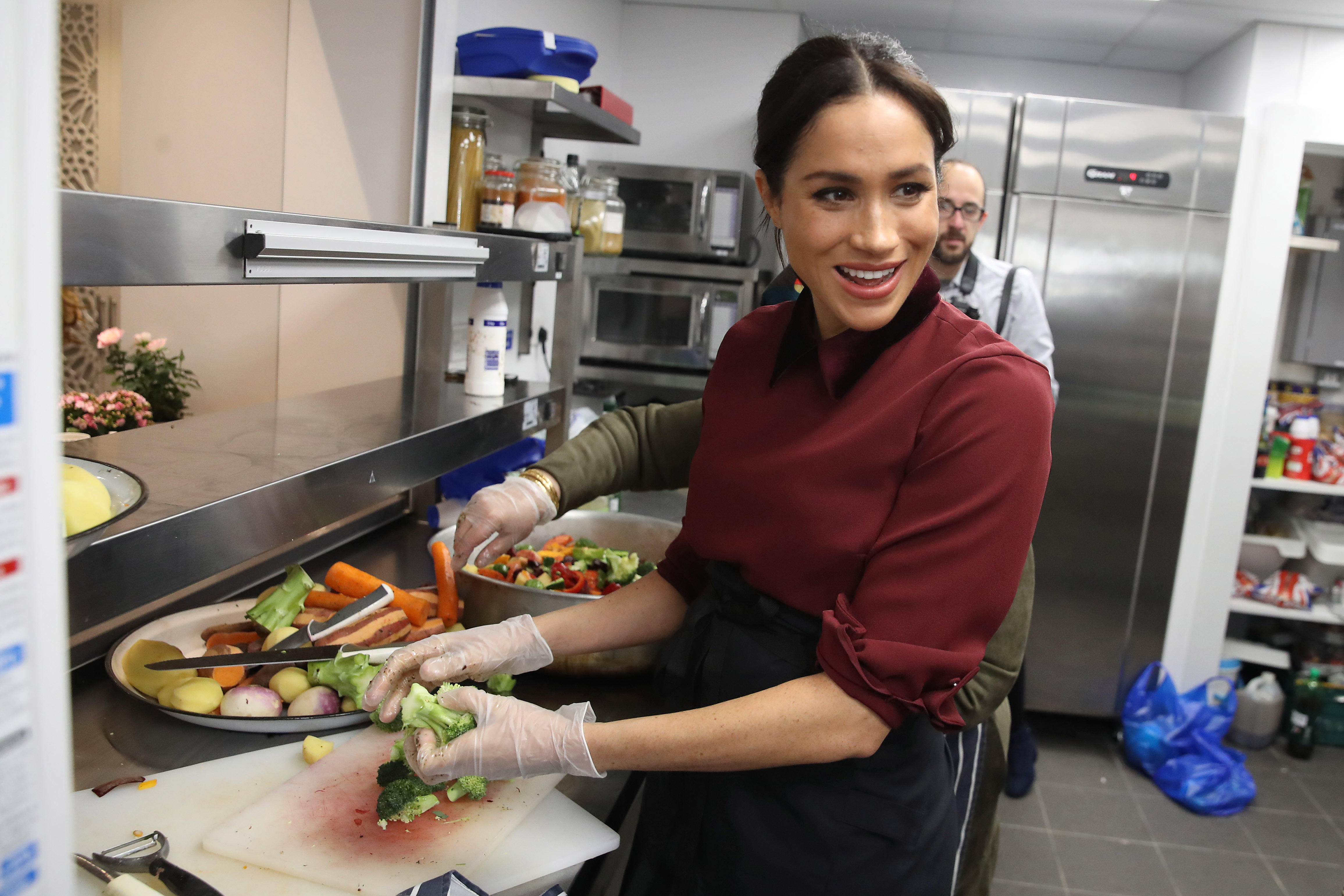 Meghan Markle is helping to spread the Thanksgiving spirit in the United Kingdom by visiting a community kitchen in London that offers kitchen space and meals for local residents that have been hit by tragedy. She has also helped to raise money for the kitchen by contributing to a best-selling cookbook.

The women at London's Hubb Community Kitchen simply call the Duchess, "Meghan." It's an informality that comes from a nearly yearlong bond formed through food. The American Royal looked at ease as she rolled up her sleeves to help her fellow chefs prepare a salad Wednesday morning.

The Hubb Community Kitchen was started in the summer of 2017, after a massive fire gutted the Grenfell apartment complex in West London, killing more than 70 people and leaving hundreds without a home.

Survivors, brought together by tragedy, began healing through cooking, using small donations to stay open twice a week to cook for victims.

The Duchess first visited the Kitchen in January after moving into nearby Kensington Palace with her then fiancé Prince Harry. She said it was nice to have a sense of belonging.

Her initial visit led the idea of a cookbook, called "Together" featuring all the women's family recipes.

"Together" is already an international bestseller and has raised over $260,000 to help keep the stoves hot around the clock. The proceeds have helped completely redesign and refit the kitchen, which makes up to 200 meals for senior homes and homeless shelters.

In the shadow of tragedy, an American Duchess has helped bring the spirit of Thanksgiving to the UK.