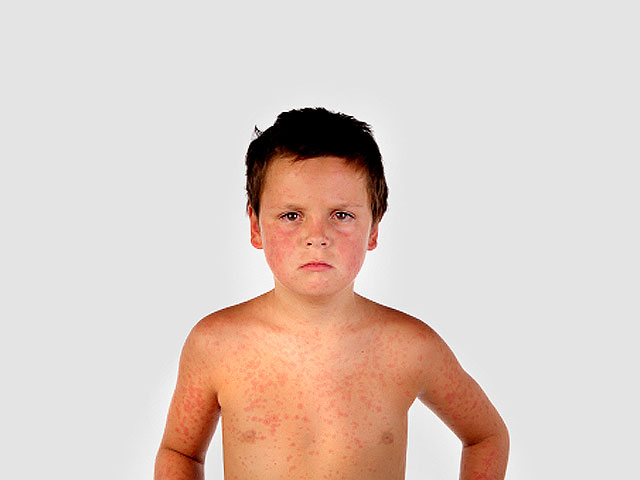 (CBS) Talk about measly souvenirs. Some  American children are returning home from trips abroad not with a snow globe or silly t-shirt but with a nasty case of measles.

The Centers for Disease Control and Prevention is investigating seven recent cases of "imported" measles among kids under two years of age - and reminding families who travel or live abroad that children should get the measles, mumps, and rubella (MMR) vaccine.

None of the children who came home with measles recently had gotten the vaccine.

In the U.S., measles was eradicated in 2000. But it remains a threat in other countries. Measles hot spots include southern Asia, the Far East, and Africa, Minnesota Public Radio (MPR) reported. But up to 39 percent of measles cases in the U.S. originate in Europe, the CDC's Dr. Gregory Armstrong told MPR.

"In the last 15 years or so, there's been a lot of cases in the United Kingdom, although their numbers are actually down relatively this year," Armstrong said. "There are more cases in Switzerland and France this year than we've seen previously. But there is measles in a number of European countries, including Spain."

Given the threat posed by measles, the CDC says children who go abroad should be vaccinated at an earlier age than children who stay close to home. The American Academy of Pediatrics recommends vaccination for kids between the ages of 12 months and 15 months. But the vaccine makes sense for children as young as six months of age when they travel abroad.

Measles usually begins eight to 12 days after exposure to the measles virus. Symptoms include bloodshot eyes, cough, fever, and a rash that typically starts on the head. Some cases can lead to serious complications, including pneumonia.