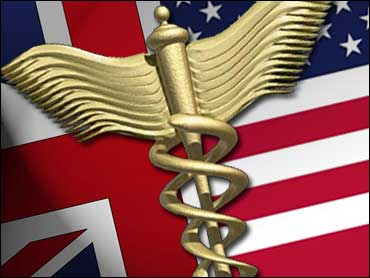 There's no doubt in the minds of his Dallas Maverick teammates that Michael Finley deserves to be called an NBA All-Star.

Scoring 17 of his 34 points in the final 17 minutes, including eight in overtime, Finley sparked the Mavericks to a 103-99 win over the Vancouver Grizzlies on Sunday night, a week before he's scheduled to appear in his first All-Star game.

"I think today proved what we have seen all season," said Mavericks point guard Steve Nash. "He's just been unbelievable. He's got a big heart, a lot of confidence and obviously he's a great player. He gets better and better every game."

Finley, meanwhile, played down his performance.

"My whole season's been a statement. A lot of people still don't think I'm deserving of being on the All-Star team, but the coaches picked me," said Finley. "I think I'm deserving and my numbers continue to show that. ... Coach kept calling my number, and I kept coming through."

Finley all but willed the Mavericks now 7-1 in their last eight games to victory.

After both Nash and Erick Strickland each missed a free throw in the final 24 seconds, squandering opportunities to seal the victory in regulation, Finley took control from the start of the extra session.

He sank two free throws to open the scoring in overtime, breaking a 91-91 game to put the Mavericks ahead for good.

Ahead 97-93, Finley sealed the victory by hitting two more free throws with 23.6 seconds left. Finley got to the line after Shawn Bradley intercepted Grant Long's inbounds pass which was intended for Shareef Abdur-Rahim, who turned the wronway.

"He's our All-Star," said Mavericks coach Don Nelson, referring to Finley. "He's the guy who is going to the ball when we can possibly get it to him. ... he just took the game over."

Nash, from nearby Victoria, B.C., enjoyed a sweet homecoming, scoring 24 points off the bench as the Mavericks won their third straight and improved to 7-1 in their last eight games.

The victory marked the fastest the Mavericks have reached the 20-win plateau since they went 20-20 in the 1989-90 season.

Abdur-Rahim scored a season-high 36 points and set a franchise record with 22 rebounds for the Grizzlies.

The rookie was in the game filling in for Mike Bibby, who had ran into foul trouble, and eventually fouled out in overtime.

The Mavericks also proved why they're the NBA's best 3-point shooting team, finishing 9-for-17, including hitting all five 3-point attempts in the second quarter.