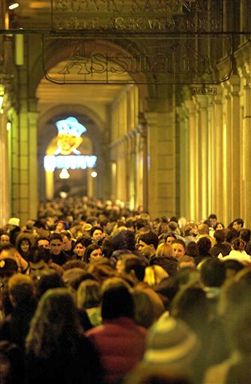 The Florida Marlins got the last laugh against the Atlanta Braves.

Craig Counsell and Todd Zeile had run-scoring singles in the eighth inning and the Marlins broke an 11-game road losing streak, rallying to beat the Braves 3-2 Thursday and avoid a series sweep.

After failing to score an earned run against Denny Neagle and Greg Maddux, and managing only four hits each night, Florida halted Tom Glavine's bid to join Maddux as the NL's second 10-game winner.

Glavine (9-3) was knocked out with one out in the eighth when the Marlins strung together three singles to overcome a 2-1 deficit and snap the Braves four-game winning streak.

"They're real tough to beat," Florida manager Jim Leyland said of the Braves. "That's a great club, better than last year's team. Hopefully, this game will give our kids some confidence."

Eight months ago, the Marlins, defeated Atlanta in the NL championship series on their way to a World Series title. But Florida has totally disbanded that team, bringing 14 rookies and a last-place squad to Turner Field.

After cruising to a 7-0 victory Tuesday night, Neagle remarked that he "almost laughed" when he saw the Marlins lineup because he didn't recognize many of the players.

Pinch-hitter Mark Kotsay opened the eighth with a single and John Cangelosi moved him to second with a sacrifice bunt. After Edgar Renteria singled to right, putting runners at first and third, Counsell knocked out Glavine with an RBI single.

Dennis Martinez, the new closer in the Atlanta bullpen, couldn't stop the rally. Zeile singled to left against the 43-year-old, bringing home Renteria with the winning run.

Kirt Ojala (1-0) pitched the seventh and Antonio Alfonsea got three outs for his second save.

Kevin Millwood, Neagle and Maddux had gone the distance for the Braves the last three games, but Glavine couldn't make it four straight on a sweltering afternoon. He worked 7 1-3 innings, allowing eight hits and all three runs while throwing 120 pitches.

"To pitch well and come away with a loss is frustrating," Glavine said. "But there's nothing you can do about it."

The last time the Braves had four straight complete games was May 2-5, 1964. But Glavine knew nine innings wasn't likely when he took the mound with the temperature approaching 90 degrees.

"It was more important to keep the winning streak going than that streak (of complete games)," Glavine said. "If I'd gone all the way, I probably would be going to Piedmont (Hospital) instead of Montreal."

Dempster, who entered the game 0-2 with a 10.20 ERA, pitched well for the second game in a row after giving up 16 earned runs in the first eight innings of his major league career. He allowed five hits and both runs, with three walks and one strikeout.

Dempster has given up 11 hits and three earned runs in his last 13 innings, lowering his ERA to 8.14. He said he watched intently while Neagle and Maddux shut down the Marlins.

"I kind of realize that maybe this is a lot easier than I thought it was," Dempster said. "I decided to go after guys, challenge them, make them hit it."

The Marlins went ahead 1-0 in the third when Mike Redmond led off with his fourth straight hit in the series, moved to third on Cangelosi's single and scored when Renteria dumped a hit to right. That broke a streak of 26 innings without an earned run by Braves pitching.

Atlanta tied it up in the bottom of the inning, benefiting from two walks by Dempster. With two outs, Keith Lockhart blooped a single to right field that scored Andruw Jones from second.

Atlanta made it 2-1 in the fourth. Andres Galarraga, Ryan Klesko and Javy Lopez started the inning with consecutive singles, Galarraga scoring when Lopez's chopper up the middle deflected off Dempster's glove and rolled into center field.

But the chance for a big inning was squandered when Klesko stumbled past the third base and was tagged out by Zeile after a throw from Cangelosi.