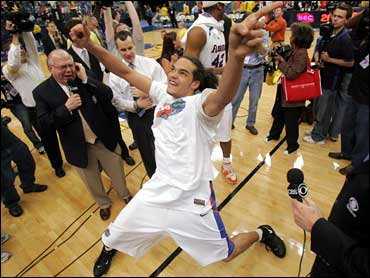 Have you done your brackets yet? On Sunday, the NCAA announced which teams will participate in this year's college basketball tournament, and now everyone is busily working over the grid, trying to figure out who will win.

March Madness has become a nationwide mania in it seems that everyone from grammar school kids to Aunt Sadie has a financial interest in the outcome. A lot of people who participate don't know a Tar Heel from a Buckeye, but that doesn't stop them.

Office managers know in advance that productivity will dip this month, especially on Mondays, as employees compare brackets as the tournament progresses. Las Vegas loves the tournament. They tell me the amount of money spent on the Super Bowl is chump change compared to this.

I'm not smart enough to discern what this all means exactly, but I sure could use a little help in the South Regional. Do you think Texas A&M has a shot?