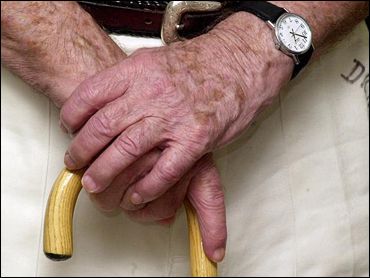 William Coates was a ladies' man to the end.

Coates, believed to be America's oldest man, died Monday at age 114 with two of his children and a granddaughter at his side.

Even at the age of 110, Coates was still charming the ladies during the annual celebration of centenarians in Prince George's County, Md., a Washington suburb.

"He really lit up every single party and event that we had for the seniors," said Irving Smith, director of the Evelyn Cole Senior Center in Seat Pleasant, Md., who has done extensive research on centenarians.

Coates was born June 2, 1889, and according to Smith, he was the oldest man in America. At one time he was believed to be the second-oldest man in the world, although he didn't have a birth certificate to prove it.

"It really was a blessing that my father lived so long," said daughter Maxine Coates. "He enjoyed life and being with his family."

William Coates worked on a commercial tobacco farm until he got a job building roads for the state of Maryland.