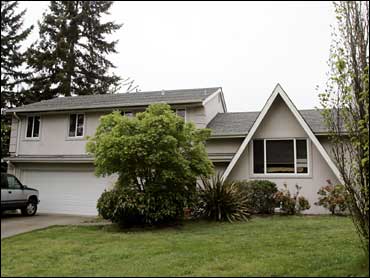 A man operated a "warehouse bank" out of his home in the south Seattle suburbs, taking at least $28 million from people around the country who wanted the discretion of a Swiss bank account without going to Switzerland, according to court documents unsealed Tuesday.

A civil complaint filed under seal in U.S. District Court April 6 charges Arant with promoting abusive tax shelters and unlawfully interfering with internal revenue laws. Killingsworth said he has frustrated the investigation by refusing to turn over information about his customers. Agents seized computers and financial records last month from the home where Arant lives with the property's owner, Martin F. Dugan.

Arant took customers' money — promising to keep their identities private — and pooled it in six accounts at Bank of America, U.S. Bank and Wells Fargo Bank, Killingsworth wrote. He would then pay the customers' bills from those commercial bank accounts. He charged about $75 a year in fees for the service, plus fees for wire transfers and for initial account set-up. For $30, customers could buy debit cards to access their money more easily; otherwise, they could access it by check, money order or wire transfer, she said.

On his now-defunct Web site, he advertised his services to those "who would rather not deal directly with the banking system."

Warehouse bank schemes were popular as illegal tax shelters in the 1980s, but several have been busted in more recent years — including one broken up in Boring, Ore., in 2000, involving $186 million in deposits from 900 people over 14 years. The six organizers of that scheme were sentenced to up to four years in prison.

Reached by phone at his home Tuesday, Arant said he intended to represent himself in court, but declined to comment further.

"I'm not where I need to be as far as responding to the IRS at this point," he said.

Killingsworth, who was initially assigned to investigate Arant's failure to file income tax returns since 2001, wrote that she has so far spent about 600 hours studying Arant's operation and trying to divine its customer list. She said she has been able so far to identify 13 people who used the service while underreporting or not reporting their income from 2002, when the bank opened, to 2005.

Among them are a Howard Sambol, a San Francisco-area consultant; American Contractor Services LLC, based in Washougal; Anne Mark, a music teacher, real-estate agent and caterer in Mountain View, Calif.; and Carl Melville, a Santa Ana, Calif., chiropractor. Sambol, Melville and American Contractor Services did not appear to have listed phone numbers.

The Associated Press did contact an Anne Mark who lives in Palo Alto, near Mountain View, who said she has taught music but has never been involved in real estate. She said she knew nothing about the alleged banking operation and hopes she's not the person referred to in the court records.

The IRS agent noted that a $7,500 check Sambol deposited in 2004 was made out to him by ALH & Co. — a warehouse banking scheme run by Anthony L. Hargis, of Fountain Valley, Calif. Federal agents dismantled Hargis' operation later that year.