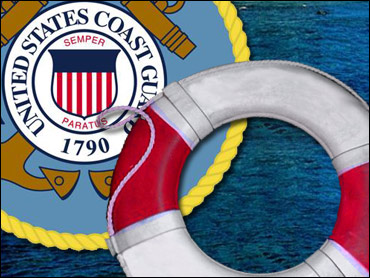 One of two sailors who washed overboard in rough seas hundreds of miles off the Virginia coast was found Monday and pulled to safety on a merchant ship, the Coast Guard said. The other sailor was found dead.

Lochlin Reidy, 58, from Woodbridge, Conn., was spotted about 4 a.m. after a Coast Guard plane saw a strobe light in the ocean about 400 miles east of Virginia Beach, said Officer Krys Hannum, a Coast Guard spokeswoman.

He was found wearing a life jacket with the light and taken aboard the merchant vessel Sakura Express, a Panamanian-flagged tanker that was helping with the search. His condition was not immediately available.

Later Monday, Thomas Tighe, 65, from Patterson, N.Y., the boat's captain, was found dead in the water. His body was recovered by the Sakura Express crew, the Coast Guard said.

The three other sailors on the boat told authorities Tighe and Reidy were preparing a life raft to evacuate the crew after the 45-foot sailboat began taking on water from 16- to 20-foot seas when they washed overboard.

The three who stayed on the boat were rescued Sunday night and airlifted to Nantucket, Mass. Kelly Newlin, a Coast Guard spokeswoman in Boston, said the three had no major injuries and were in good condition Monday at Nantucket Cottage Hospital.

The five were on a voyage from Bridgeport, Conn., to Bermuda when they encountered the severe weather, including wind topping 35 mph. The Coast Guard picked up their electronic distress signal around 6 a.m. Sunday.