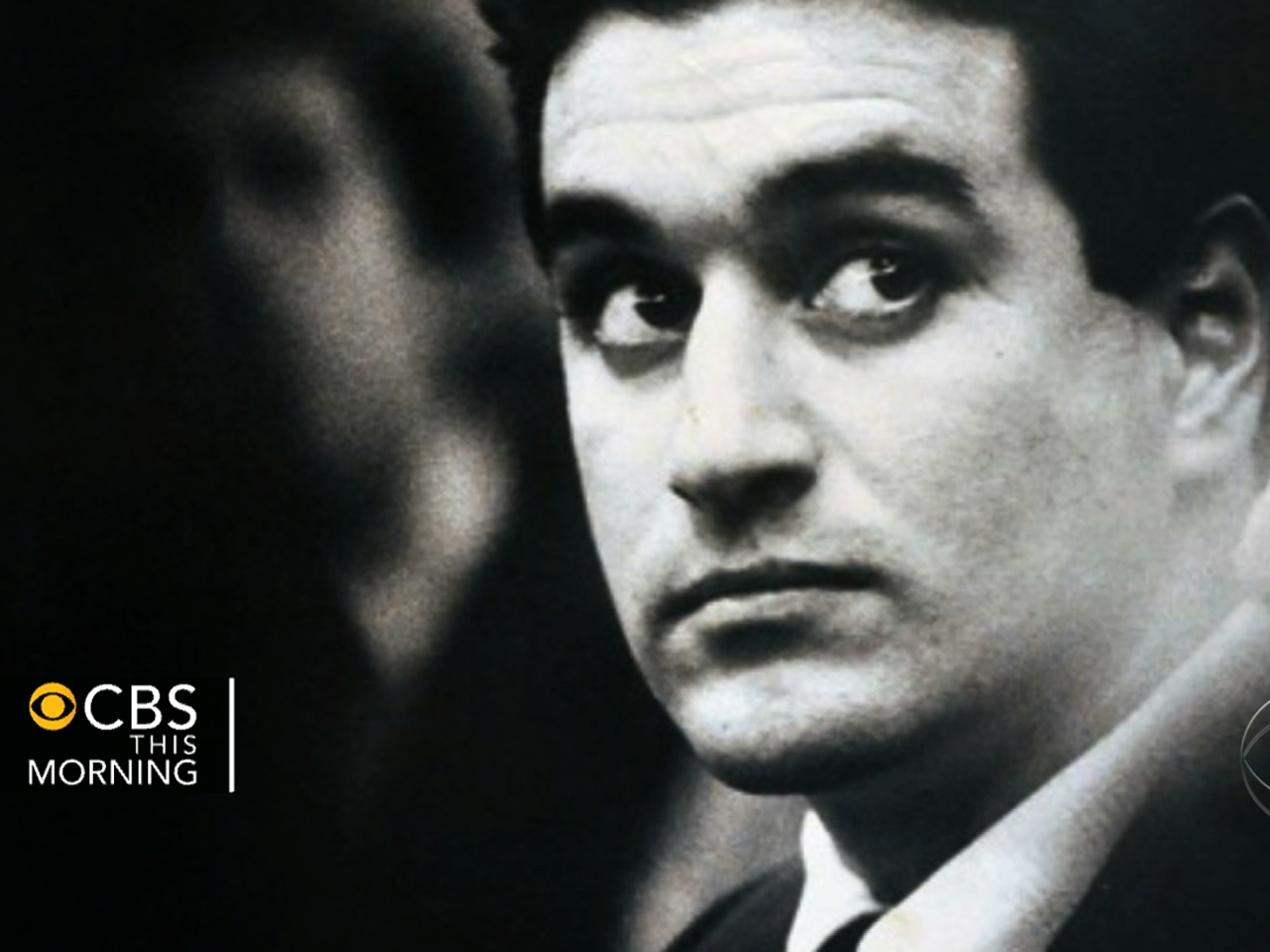 (CBS News) Phil Leonetti was the underboss of the Philadelphia crime family until he became a government witness. He broke the codes of La Cosa Nostra and testified against the mob.

For more than a decade, he's been in hiding with his family.

Now, in a new book, "Mafia Prince," Leonetti reveals for the first time what it was like to be the youngest underboss of a mob family. He writes about violating the sacred oath of mob secrecy, becoming one of the highest ranking mafia turncoats in history.

CBS News senior correspondent John Miller spoke to Leonetti, and said on "CBS This Morning," "Leonetti was different. He was young, he had movie-star good looks -- and he was a stone-cold killer. But after his rise to the top of the Philadelphia mob, he made a decision to betray those secrets. If you have seen 'The Godfather' or 'Goodfellas' or 'The Sopranos,' you know the fictional characters. But when you meet Phil Leonetti, you understand the real world of the mob."

Leonetti told Miller, "I never did nothing ruthless besides, well, I would kill people. But that's our life. That's what we do."

Asked what he liked best about being a gangster, Leonetti -- his face filmed in shadow to avoid being recognized -- said, "I liked the respect that I received from everybody in our family because I had quite a reputation, you know, from being taught by my uncle the rules of the mob. He taught me how to kill people."

Leonetti was the nephew of Nicedemo "Little Nicky" Scarfo, the mob boss who controlled rackets from Atlantic City to Philadelphia. Leonetti was his right-hand man. They called him "Crazy Phil," a name Leonetti told Miller he didn't like, but his uncle admired.

"I said I wanted to do something about (the name)," Leonetti recalled. "He says, 'Are you crazy?' He said, 'People would pay money to have a nickname like that.'"

Miller asked, "Because you'd be feared?"

Leonetti said, "Yes. But that wasn't me."

When asked when he knew and understood what the mafia was, Leonetti said he thinks he always knew, but added, "I really understood it when I was about 10 or 11 years old. They killed a guy. And he had this truck that was stolen that he had to get rid of. So he took me with him from Atlantic City to bring it back to Philly to get chopped up. And he was telling me the story as he was driving me why he was bringing me."

By the age of 23, Leonetti pulled the trigger on his first mob hit. He said, "I remember the feeling I had; I felt cold and I didn't feel any remorse."

"I ran behind him," he recalled. "And I stuck the gun to his -- behind his head. And I fired. And I thought he was running away because the force of the gun moved him forward, you know? And then he fell down. And I emptied my gun into him."

That would be the first of many murders. Asked what it felt like to do it, Leonetti said, "I hate to say, but it felt natural. I mean, I didn't feel anything. I just did it. I thought it was my job. And -- and that was it."

Leonetti said he doesn't think about the people he killed. "To me they were all bad people," he said. "I mean, they could have killed me, too; I could have got killed. So I'm not -- I -- I can't worry about the past."

Once Leonetti had participated in mob hits, he was qualified to become a "made man." He was sworn into the ranks of La Cosa Nostra in a secret ceremony in a room full of fellow mobsters.

"They pricked my finger, my uncle did," Leonetti said. "And they put a picture of a saint, blood. They put the blood from my finger on the picture of the saint. And you lit the saint on fire in my hands. And I cupped my hands. And he told me, 'Don't make that saint fall out of your hands. Just keep juggling it until it burns out,' which I did. And as I'm doing that, he tells me, 'You gotta say, 'May I burn like this saint if I betray my friends.'"

When his uncle "Little Nicky" took over as boss, Leonetti was made underboss and things began to change. "He always told me, he says, 'You gotta kill people. And you gotta keep on killing 'em,'" Leonetti said. " That's how this thing works, La Cosa Nostra. That's how he looked at a problem. They would have to kill him not to be killed. But there was no more brotherhood. I mean, my uncle took over. And the way he was acting, it wasn't the same. It was -- he was -- breaking all the rules that he taught me to obey. And I just -- I was disgusted. I couldn't take it anymore."

He added, "Once you are in this life, there's only two ways out: jail or death. There was no retiring or quitting. I felt stuck."

So after 10 murders, as he faced a 45-year prison sentence, Leonetti decided to turn, and became a government witness.

Leonetti said he anticipated the half-million-dollar price on his head named by his uncle. "It's expected," he said. "I mean, what I'm doing is going against all the rules of La Cosa Nostra. You know, I put myself and my family in a bad situation. That's why we're -- we're careful. We gotta be careful."

Leonetti was sentenced to 55 years in prison, and served five years of a 45-year sentence for killing 10 people. Miller said to Leonetti, "Some would argue that's not justice. How do you see it?"

He replied, "It's justice for me. I'm happy I'm out of jail. I think I did a good job with my family that I'm raising. I'm not looking to be in the mob. I never got in trouble after I got out of prison. So I think I'm doing pretty good. I think I'm a success story."

For more on this story with John Miller and to watch the full report, click on the video in the player above.

Did race deny Vietnam vet the Medal of Honor?

Christian Louboutin: The inspiration behind the red sole

Breonna Taylor's boyfriend on year since her death

Venice plans to tax day-trippers in effort to curb tourism
Thanks for reading CBS NEWS.
Create your free account or log in
for more features.
View CBS News In
CBS News App Open
Chrome Safari Continue
Be the first to know
Get browser notifications for breaking news, live events, and exclusive reporting.