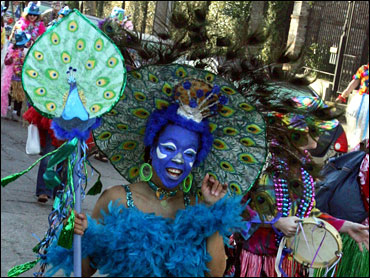 For the first time since 1993, Greg Maddux won't be a member of the NL All-Star team. The way he's pitched lately, he should be.

The seven-time All-Star, backed by a pair of Ryan Klesko homers, won his fourth straight decision Sunday to lead the Atlanta Braves over the Boston Red Sox 8-1.

"I've had some good results lately," Maddux said. "I still have some things I want to do better."

His wants to improve his movement and location, but both couldn't have been much better than they were Sunday.

"Maddux was awesome," Braves manager Bobby Cox said. "Nothing was hit hard. He's back to his old self. Actually, he's been back for quite a while now."

Starting on three days' rest for the first time since beating Toronto on June 17, 1997, Maddux threw 58 of 84 pitches for strikes. He allowed his only run in the first, when Darren Lewis singled, stole second, took third on John Valentin's single and scored on Brian Daubach's grounder.

"It was my first experience with him," said Boston's Louis Merloni, who went 0-for-4 with a strikeout and double-play grounder. "You can see why he's so tough. He makes you chase pitches he wants you to hit."

Klesko raised his home run total to 13 with a solo shot in the first off Jin Ho Cho (2-2) and a three-run drive in the eighth off Tim Wakefield.

Atlanta's Walt Weiss, who had been in a 2-for-29 (.069) slump since coing off the disabled list July 1, went 2-for-3 with a walk, three runs and one RBI. Chipper Jones had a pair of sacrifice flies.

Atlanta tied it in the first when Weiss doubled and scored on Jones' first sacrifice fly, then took a 3-1 lead in the third on Eddie Perez's double, Weiss' RBI single and another sacrifice fly by Jones.

Brian Jordan's run-scoring single in the fifth made it 5-1.