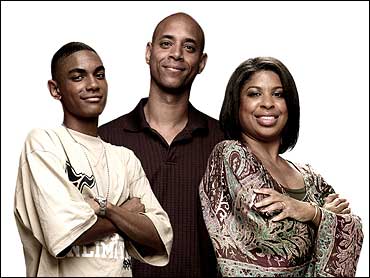 McGwire hit his 45th and 46th home runs, moving three ahead of Sosa for the major league lead, and Kent Bottenfield earned his 16th win in the St. Louis Cardinals' 7-1 win Friday night.

"There's no home run race," McGwire said. "You don't play for a home run race. The only reason a player puts on a uniform is to win a title."

The game matched the top two home run hitters in the majors for the first time since the Cardinals visited Wrigley Field on May 28-30. Sosa, whose 66 homers last season were four behind McGwire's record-setting 70, went 0-for-2 with two walks and two strikeouts.

"That's a media thing," he said. "I was in a home run derby three or four years with Ken Griffey in the American League and no one said anything about it, What's the big deal?"

McGwire's multihomer game was his sixth of the season and 59th career. He went 3-for-4 and had five RBIs, giving him an NL-leading 107. McGwire has 503 career homers, one behind Eddie Murray for 15th place.

Chicago's six-game losing streak is the longest since a seven-game skid last June. The Cubs have lost eight straight in St. Louis, with their last win coming Sept. 26, 1997.

Bottenfield (16-5), who tied Houston's Mike Hampton for the NL lead in victories, allowed the Cubs one run and five hits in 6 2-3 innings. The victory was Bottenfield's second in six starts since the All-Star game.

"McGwire and Bottenfield were pretty much the story of the game," Chicago manager Jim Riggleman said.

McGwire, who also drove in a run with a single, connected for a two-run homer to right with two outs in the third inning to give St. Louis a 3-1 lead.

"I wasn't afraid of him," Farnsworth said. "I was going right at him with fastballs."

Drew led off with a walk against Cubs reliever Rod Beck and McGwire followed with a 419-foot home run to left field to make it 7-1.