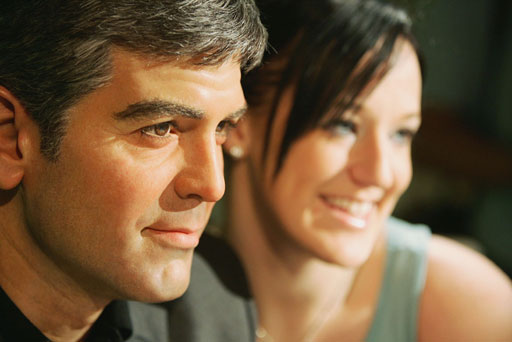 Lesley Stahl has been co-editor of 60 Minutes since March 1991. This season marks her 10th on the broadcast.

Prior to joining 60 Minutes, Stahl served as CBS News White House correspondent during the Carter and Reagan presidencies and part of the term of George Bush. Her reports appeared frequently on the CBS Evening News, first with Walter Cronkite, then with Dan Rather and on other CBS News broadcasts.

During much of that time, she also served as moderator of Face the Nation with Lesley Stahl, CBS News' Sunday public affairs broadcast (September 1983-May 1991). For Face the Nation, she interviewed such newsmakers as Margaret Thatcher, Boris Yeltsin, Yasser Arafat and most top U.S. officials, including George Bush and Dan Quayle.

From October 1990 to March 1991, Stahl added to her work at the White House and Face the Nation by joining Charles Kuralt as co-anchor of America Tonight, a late-nightly CBS News broadcast of interviews and essays.

Her experiences covering Washington over 20 years became the subject of Stahl's book, Reporting Live, published by Simon & Schuster in 1999.

The stories she has covered range from her first for CBS News - Watergate in 1972 - to the 1981 attempt on President Ronald Reagan's life, to the Persian Gulf War. She reported on every U.S.-Soviet summit meeting since 1978, every economic summit of industrialized countries since 1979 and every national political convention and election night since 1974.


Over the years, she anchored several CBS News documentaries, including The Politics of Cancer and In the Red Blues, about the budget deficit, both for CBS Reports.

Stahl has a collection of Emmys for her interviews on Face the Nation and her 60 Minutes reporting. Most recently, her 60 Minutes reports, "How He Won the War," about former FDA Commissioner David Kessler's battle with the tobacco industry, and "Punishing Saddam," which courageously exposed the plight of Iraqi citizens, mostly children, suffering the effects of the United Nations sanctions against Iraq, were both Emmy winners. "Punishing Saddam" also won Stahl a prestigious Alfred I. duPont-Columbia University Journalism Award.

In 1996, Stahl was awarded te Fred Friendly First Amendment Award given by Quinnipiac College in Hamden, Conn., in recognition of her journalistic achievements. She was honored that year by the Radio and Television News Directors Association with an Edward R. Murrow Award for Overall Excellence in Television for her reports on the Michigan Militia. In 1993, she received a Matrix Award for broadcasting, presented by New York Women in Communications, which recognizes and honors women for outstanding career achievement. In 1990, she was honored with the prestigious Dennis Kauff Journalism Award for lifetime achievement in the news profession.