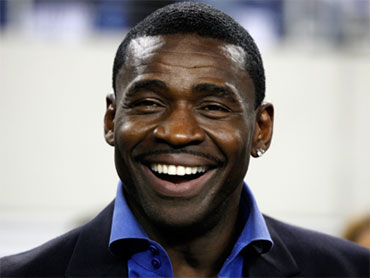 A Miami-area woman has filed a lawsuit against Irvin, claiming he raped her at the Seminole Hard Rock Hotel, reports CBS station KTVT in Dallas.

The woman's attorney filed the lawsuit Thursday after settlement talks broke down.

No criminal charges have been filed against Irvin. The Broward County Florida State Attorney's office is expected to look into the case next week.

Irvin's attorney Larry Friedman tells KTVT the allegations are "totally false and totally unsubstantiated," further saying the suit "is tantamount to 'civil extortion'" and that the incident happened four years ago, that the woman went to police, and they declined to file charges.

Three months ago the woman and her attorney came to Friedman, saying they wanted $1 million or they would file a lawsuit the week before the Super Bowl while Irvin was broadcasting from Florida.

Friedman says they declined the settlement, the woman's lawyer then asked for $800,000.

Irvin is from South Florida, but now lives in North Texas. He is currently in Miami for Super Bowl XLIV as a radio host for local station KESN and as an analyst for the NFL Network.