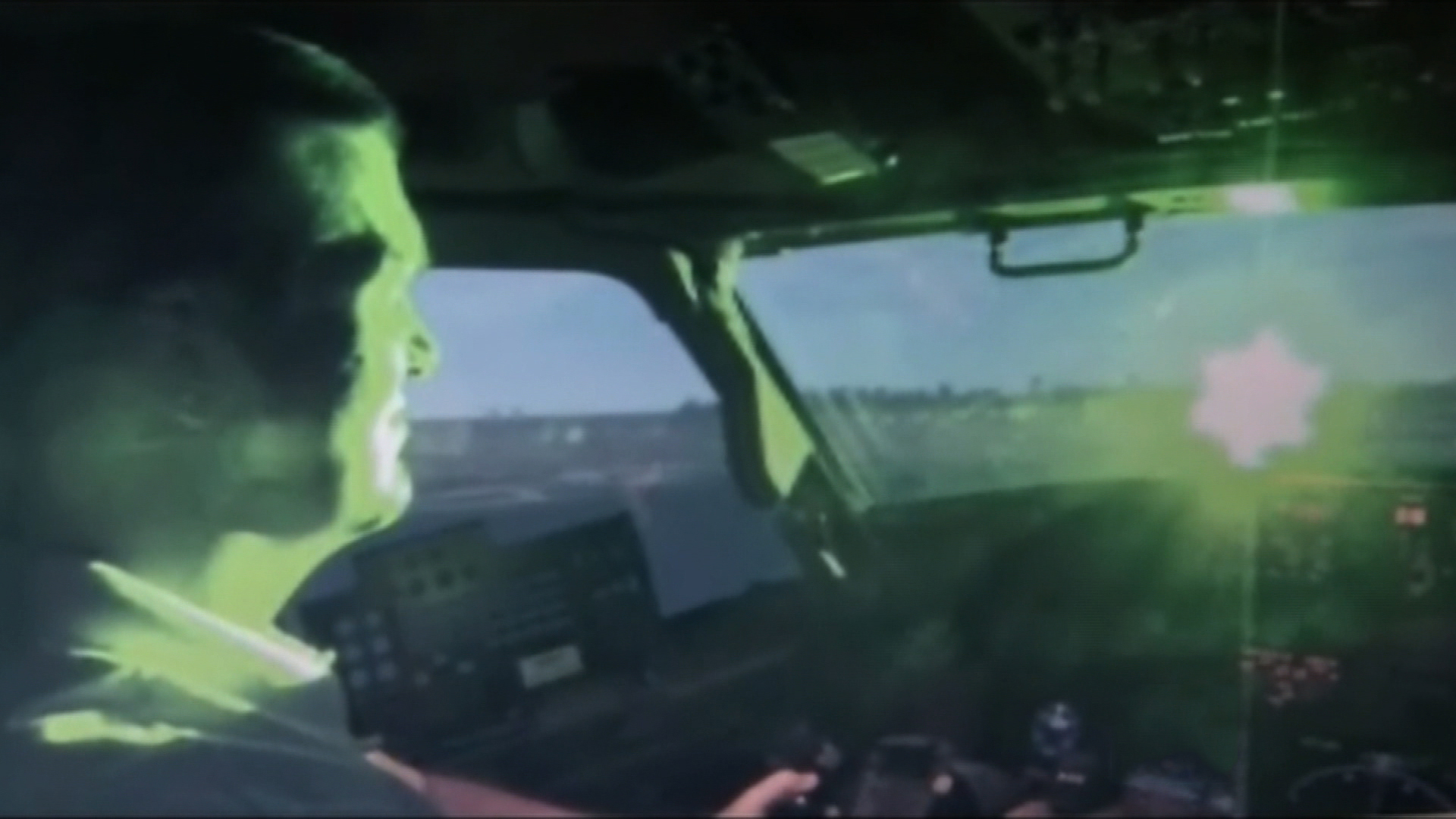 The FBI is warning of a dramatic increase in laser pointers targeting airplanes in the New York City area, temporarily blinding pilots.

The number of reported instances at the three metropolitan area airports is up 17 percent over last year and injuries are on the rise too, the FBI said in a statement.

The two most recent cases took place on Tuesday, according to a statement from the FBI. The cockpit of a Shuttle America flight was illuminated by a green laser on its final approach to LaGuardia Airport at 7:30 p.m. about six miles from the runway. Later that night, about 10:30 p.m., a private aircraft reported a green laser two miles southwest of LaGuardia Airport.

No injuries were reported but, several commercial pilots were injured earlier this year, according to the statement. One suffered a burnt retina.

"It can blur the vision basically, it can fog the vision of the cockpit when you're looking out the glass so it's much harder to look out the glass and identify locations where you're going," said Rich Frankel, FBI special agent in charge.

CBS News aviation and safety analyst Capt. Chesley Sullenberger said the problem was a growing one that had caused injuries and was worrying pilots. The hand-held lasers are cheap and easy to acquire, he noted.

"The FBI is asking anyone with information about any of these dangerous laser incidents to pick up the phone and call us," said Assistant Director in Charge George Venizelos. "Our paramount concern is the safety of aircraft passengers and crew."

Anyone with information about the instances in New York is asked to call the FBI at 212-384-1000. A reward is being offered.