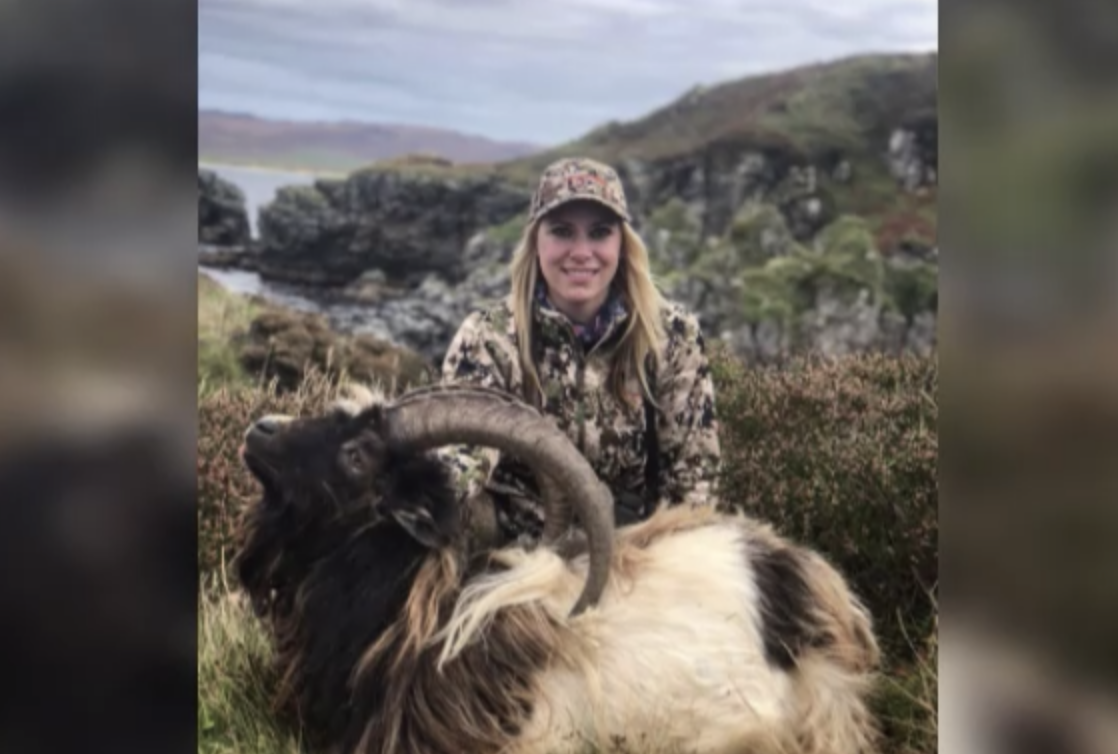 An American media personality and avid hunter caused an uproar after killing wild goats in Scotland and posing with their carcasses.

Larysa Switlyk, who hosts the online hunting show "Larysa Unleashed," received a barrage of tweets after she shared a number of photos from a recent hunting trip in Islay, Scotland. One photo shows Switlyk holding up the head of a wild goat she shot. "We hunted hard for a big one for 2 days and finally got on this group. Made a perfect 200 yard shot," she wrote. A second photo showed one of her hunting partners with another dead wild goat.

"Totally understandable why the images from Islay of dead animals being held up as trophies is so upsetting and offensive to people. @scotgov will review the current situation and consider whether changes to the law are required," First Minister Nicola Sturgeon tweeted.

Others defended Switlyk, arguing that hunting serves as population control for wild goats, which don't have any other natural predators on the island of Islay.

Both Sturgeon and Secretary for Environment Roseanna Cunningham said hunting wild animals such as deer and goats is not illegal, but they understood the concerns raised by the images. Cunningham said she will review the laws and consider if changes should be made.

Switlyk, a former accountant from California, responded to the backlash on Instagram. She shared a photo of a small plane, writing she was on the way to her next hunting adventure and will be without service for two weeks. "Nothing better than disconnecting from this social media driven world and connecting back with nature," she wrote. "Hopefully that will give enough time for all the ignorant people out there sending me death threats to get educated on hunting and conservation."

"FYI, I was in Scotland over a month ago," Switlyk added. Some critics took umbrage with this post as well. "How does "connect with nature" relate to killing it? Unbelievable," one Twitter user wrote. "Hope you're 'out of service' for a lot longer than that!! You clearly haven't got the hint from Twitter today have you???" said another.