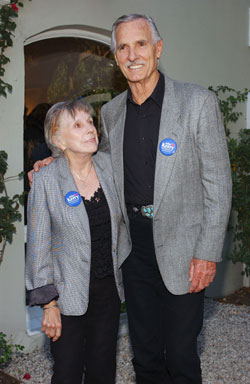 Florida's first hit of the season off Armando Benitez was a big one.

Mark Kotsay homered off Benitez in the bottom of the 10th inning, giving the Marlins a 4-3 victory over the New York Mets on Wednesday night.

The Marlins were 0-for-22 against Benitez (0-2) this season before Kotsay hit a 3-1 fastball to right for his fifth homer of the season.

Â"He has beaten us all year,Â" Kotsay said. Â"I guess tonight was our turn.Â"

The homer was the only hit allowed by Benitez in 1 2-3 innings of relief.

Â"As hard as he throws, if you make contact, the ball is going to take off,Â" Kotsay said. Â"Fortunately, I got the barrel of the bat out front and the ball went out of the yard.Â"

The Marlins won for only the fourth time in 19 games, while the Mets lost for just the sixth time in 23 games.

Â"It's the first time we've left the other team on the field at the end of the game,Â" Marlins manager John Boles said. Â"It's a nice feeling.Â"

The Mets squandered an opportunity in the ninth when Roger Cedeno drew a leadoff walk and advanced to second on an errant pickoff attempt by reliever Matt Mantei. However, Cedeno was thrown out by second baseman Luis Castillo in his attempt to stretch it to third.

The play probably cost the Mets a run because John Olerud singled with two outs.

Added Mets manager Bobby Valentine: Â"Roger appeared to stumble around second, and it still took a great throw to get him.Â"

Trailing 3-2 in the seventh, the Mets tied the game off reliever Braden Looper. Rickey Henderson drew a two-out walk, stole second and scored on Edgardo Alfonzo's single past thbag at first base.

The Marlins took a 2-0 lead on Millar's two-run homer in the second, but the Mets tied it in the sixth. Matt Franco singled and Mike Piazza doubled off the left-field wall. Franco then scored on Robin Ventura's groundout, and Brian McRae singled home the tying run.

Millar gave the Marlins a 3-2 lead in the sixth with a two-out RBI single.

Notes: Marlins 3B Kevin Orie left the game after four innings with a sore left quad muscle. ... Florida 1B Derrek Lee and center fielder Todd Dunwoody, former regulars in the lineup, have struggled since being sent to the minors. Lee is batting .261 with 27 strikeouts for Triple-A Calgary, and Dunwoody has a .238 average with 31 strikeouts in 33 games. ... Marlins reliever Vic Darensbourg is optimistic despite a soaring ERA. Darensbourg, once one of Florida's most reliable relievers, has an ERA of 9.00, and opponents are hitting .330 against him. Â"We know who the real Vic Darensbourg is,Â" Marlins manager John Boles said. Â"He's a left-hander who throws 93 (mph) and has a good slider. You have to be patient with a guy like that.