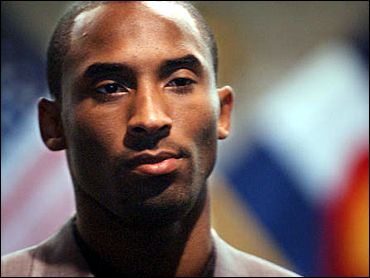 When investigators questioned Kobe Bryant about his encounter with a Colorado resort worker last summer, they used a hidden tape recorder and never read him his rights.

What he told them may never be heard by a jury.

The Los Angeles Lakers star's recorded statements and physical evidence obtained by investigators during and after the 75-minute interview are at the heart of a two-day hearing starting Monday in Eagle County District Court.

There also will be more closed-door legal battles over whether the 19-year-old alleged victim's medical history may be used against her.

The defense is fighting for access to the accuser's mental health treatment records, saying she gave up medical privacy rights by widely discussing her problems before she met Bryant, reports CBS News Correspondent Lee Frank.

Bryant's lawyers want court permission to use the alleged rape victim's medical records to challenge her credibility. The defense says two suicide attempts show a pattern of attention-seeking behavior. The defense has subpoenaed some of the accuser's friends and relatives whom she told about her treatment following the two attempts.

Defense attorney Hal Haddon has argued in court filings that Bryant's statements recorded the night after the alleged attack June 30 cannot be used during the trial. He also wants the judge to prohibit prosecutors from using physical evidence obtained during and after the interview at the Lodge & Spa at Cordillera near Vail.

That physical evidence includes clothes Bryant wore the night of the alleged attack and samples taken during his hospital examination following the interview.

Much of the hearing will be closed to the public. State District Judge Terry Ruckriegle ruled last week that any testimony or evidence about Bryant's statements will be heard in private because the statements could influence potential jurors and may not even be allowed at trial.

However, arguments about whether the statements, which haven't been publicly released, and physical evidence were obtained legally will remain open to the public.

Bryant, 25, faces four years to life in prison or 20 years to life on probation if convicted of felony sexual assault. He has said he had consensual sex with the 19-year-old woman.

Officers were well within their rights to use a hidden tape recorder, said attorney David Lugert, a former prosecutor. The real fight, he said, will be whether the judge believes Bryant made his statements voluntarily, meaning officers did not use coercion or inducement.

Another key decision the judge has to make is whether Bryant felt free to leave at the time of the questioning.

A decision for the defense could either prohibit prosecutors from using Bryant's statements and the physical evidence at trial, or restrict their use of it, Lugert said.

Haddon said in court filings that Bryant was kept a virtual prisoner in his hotel room for part of the July 2 interview because officers were confrontational and sat between him and the door.

Eagle County Sheriff Joseph Hoy has defended his detectives' actions, and spokeswoman Krista Flannigan has said prosecutors have no concerns about how the investigation was handled.

Separately, the judge has decided that portions of the hearing involving testimony from plainclothes law enforcement officers will be public. But under an agreement among attorneys for the two sides and media organizations including The Associated Press, undercover officers will testify behind a privacy screen. Their names will not be used.