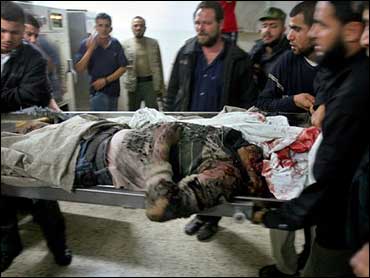 Never before have the Sacramento Kings felt so good heading into the All-Star break.

Chris Webber had 22 points and 14 rebounds Thursday night as the Kings pulled away in the second half for a 96-84 victory over the Denver Nuggets.

The victory sent the Kings on a short vacation with a 30-18 record, the best mark since the team relocated to Sacramento during the 1985-86 season.

"We talked about getting 30 wins before the break," Kings coach Rick Adelman said. "There are only six or seven teams with 30 or more wins in the league. It's nice to be one of them."

However, this victory didn't come easily. The Kings didn't pull away until late in the third quarter, thanks to the shooting of Nick Anderson.

Anderson scored 13 of his 20 points in the second half, including 10 in the third quarter when Sacramento overcame a seven-point deficit. He ignited a 14-2 run with seven points as the Kings took a 70-65 lead into the fourth period.

"They were calling my number and I got the ball and tried to make something happen," said Anderson, who made three 3-pointers.

Denver has lost 93 of their last 102 road games. The Nuggets open the second half with 16 of their first 24 games away from home.

"I thought we played hard and that's all you can ask in a situation like this," Denver coach Dan Issel said. "I think we need a break physically. Hopefully we get Nick well and regroup ater the All-Star break. It certainly doesn't get any easier with all the road games we have coming up."

Antonio McDyess scored 21 points to lead Denver, but had only two in the fourth quarter. Keon Clark came off the bench for 19 points and nine rebounds.

"We played a great first half, but in the fourth quarter we ran out of gas," McDyess said. "They started executing a little better and we couldn't guard them."

Ahead by five points to start the fourth quarter, the Kings gradually built their lead, going ahead 89-78 with 4:10 remaining on Jon Barry's steal and layup.

"It seemed like a root canal to me the whole game," Adelman said. "We're just glad to get the win. It wasn't pretty."

Webber had 12 points and 11 rebounds in the first half for the Kings, who shot 33 percent, yet still managed to be tied at 45 after two quarters.

McDyess had 11 first-half points for Denver and Bryant Stith had nine.