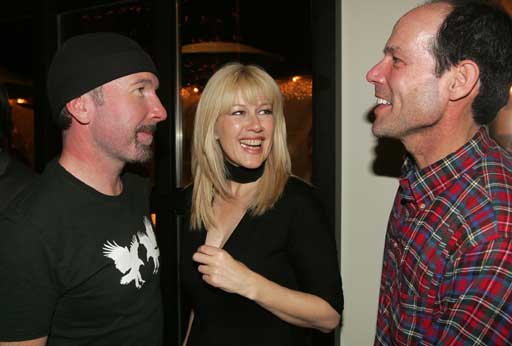 Jeff King's glove took the night off, but his bat was working as hard as ever.

"I wanted to give him a mental break from playing defense," said bench coach Jamie Quirk, the Royals' acting manager while Tony Muser serves an eight-game suspension. "I think he enjoyed it."

King hit a pair of two-run singles up the middle, one in a four-run third inning and another in the fourth as Kansas City took a 7-1 lead.

"I was really trying not to pull the ball, trying not to roll over on it and hit it to the third baseman," said King, who extended his hitting streak to a season-high seven games and has 14 RBIs in his last 14 games.

Hal Morris, who spelled King at first base, went 3-for-4 and raised his batting average to .342.

The Tigers lost their fourth straight game and dropped behind Kansas City on percentage points into last place in the AL Central. The Royals, meanwhile, won for the first time in the three games without Muser and became the last team in either league to win 10 games at home.

Jose Rosado (2-5) went eight innings for the win, giving up nine hits with six strikeouts and one walk. He went out strong, striking out Tony Clark and Damion Easley to end the eighth after walking Bobby Higginson with one out.

"I challenged him," said Quirk, who went to the mound after the walk. "I told him I had somebody warming up in the 'pen, and I asked him if he was going to get this next guy (Clark) out.

Rosado gave up a solo home run to Joe Randa and a single to Higginson with one out in the first. But he retired 12 of the next 13 batters, including eight in a row after Higginson's single.

"(The home run) was my fourth pitch of the ball game," Rosado said. "The single that was just a broken-bat hit. So I thought, `I'm not doing too bad."'

The Royals singled four times in the fourth off Tigers starter Bryce Florie (4-2). Morris had an RBI single to tie the game at 1, King followed with his first two-run hit and Jermaine Dye's run-scoring groundout made it 4-1.

Florie gave up eight hits and four walks in 3 1-3 innings and was replaced by Doug Bochtler in the fourth after King's second two-run single. The Royals added one more run in the inning when Clark misplayed Larry Sutton's ground ball to first base.

"Florie was right in the middle of the plate," Detroit manager Buddy Bell said. "When he's on, he's got it down, moving around. Tonight he hait in the middle, up."

Clark hit a solo homer and Deivi Cruz added an RBI single in the Detroit seventh.

Notes: One of Rosado's five assists came in an unusual fashion. Cruz hit a grounder off Rosado's left foot in the third inning, but second baseman Jose Offerman was able to track the ball down and throw Cruz out at first. ... Bochtler has now made 13 straight appearances without giving up an earned run. The last earned run against him came on April 24. ... Clark has hit seven of Detroit's last 13 home runs. ... Randa played his 39th straight game without an error, the longest errorless streak by a Detroit third baseman since Travis Fryman went 46 games without an error from April 4 to May 27, 1996. ... Kansas City catcher Sal Fasano was 2-for-4, his first two-hit game of the year. ... Royals reliever Jim Pittsley began serving a two-game suspension on Friday. Pittsley was also suspended for his role in the Angels-Royals brawl earlier this month.