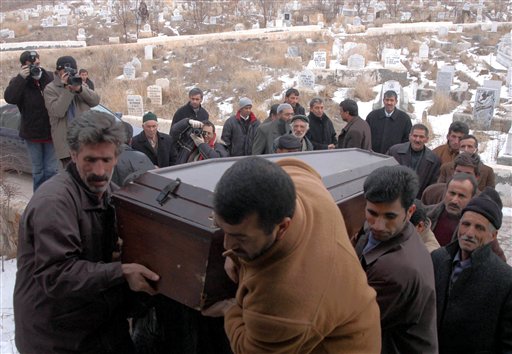 OAKLAND, Calif. -- The Phoenix Suns were shorthanded and ripe for a letdown. Jason Kidd didn't let it happen.

Kidd had 13 points, 11 assists and nine rebounds, leaving him just shy of his 18th career triple-double, as the Suns sent the Golden State Warriors to their 11th straight loss, 87-69 Tuesday night.

"We just came off the big win against Miami," Kidd said of the Suns' 96-87 victory over the Heat on Sunday. "We knew we couldn't let down against Golden State.

"We only had eight guys tonight. We couldn't afford to get into foul trouble early, but the guys we did have turned it up when we had to," Kidd said.

The Suns played without Cliff Robinson, who had to attend to a family matter, and George McCloud, who had the flu.

But Rex Chapman came through with 22 points and Danny Manning had 16 points off the bench, including 14 in the second half. The Suns beat the Warriors for the sixth straight time.

"I was worried about this game coming off such an emotional win over Miami," Phoenix coach Danny Ainge said. "You don't really know about the other team. They don't have a superstar to carry them, but it's always scary to come in here."

Ainge said Kidd's consistent effort game-in and game-out has been a principle factor in the Suns' success, including their latest win.

"Jason is just good," Ainge said. ``He was good last year and he was good this year. He just wants to win. He plays to win basketball games. He runs down passes. He gets his teammates involved. Even when we lose, he gives us a great effort."

Donyell Marshall led Golden State with 23 points and Joe Smith had 13 on 5-of-19 shooting.

The Warriors' losing streak is their longest in 33 years. The last time they had an 11-game losing streak was under head coach Alex Hannum from Dec. 12, 1965 through March 3, 1965.

"We want to win so bad," Warriors guard Bimbo Coles said. ``No one here likes losing. An 11-game losing streak is crummy. Guys are trying to hard to get it done. We're sloppy on the offensive end.

Golden State coach P.J. Carlesimo said he thought the team might have been fatigued from its just concluded six-game road trip.

"I just thought our guys were extremely tired," he said. ``The first game back after a trip is sometimes worse than the last game of the trip."

The Suns took control with a 15-2 run during a four-minute stretch of the third quarter to go in front 57-46.

Manning hit three straight jumpers to start the flurry and his fast-break layup off a feed from Kidd finished it. Chapman added five points in the run, converting a three-point play and driving in for a layup after Kidd started a fast break with a steal.

The Suns took an eight-point lead into the final period and stretched it to 70-56 by scoring eight of the first 10 points, including successive layups by Cedric Ceballos. The Warriors never threatened after that.

Both teams converted just 31 percent of their shots in the first half and were tied 36-all at the reak.

Notes: Official Blane Reichelt fell ill with the flu shortly before gametime. The contest was officiated by the two remaining members of the crew, Eddie Rush and Michael Smith. ... The Warriors cleared a roster spot for Muggsy Bogues, who activated from the injured list prior to the game, by declining to renew the 10-day contract of guard Carl Thomas. ... The return of Jason Kidd and Steve Nash, who starred at nearby Cal and Santa Clara, helped produce an attendance boost for the Warriors. The crowd of 13,048 was the third-largest of the season. ... Chapman, the Suns' leading scorer, has had 20 or more points 10 times this season.