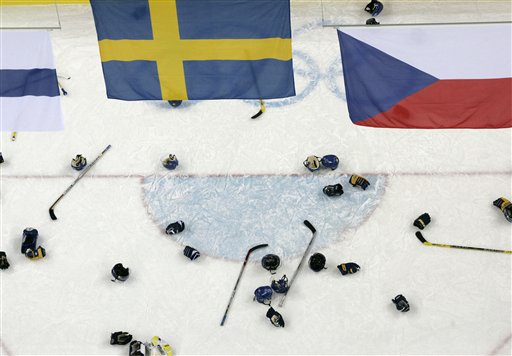 Kasey Keller saved a penalty kick. Then Joe-Max Moore made it look all the better with a goal in the 88th minute.

The result was a 1-0 victory by the United States over Argentina on Sunday, and coach Bruce Arena likes what he sees.

"We're a year away from being a pretty good national team," Arena said. "That's our timetable."

Moore, who entered the exhibition game as a substitute in the 60th minute for a hobbling Eddie Lewis, ran toward the top of the penalty area and accepted a backheel feed from Ernie Stewart.

Before an RFK Stadium crowd of 40,119, Moore's left-footed shot easily beat goalie German Burgos to the upper left corner. It was his 19th goal in international competition.

"It was planned," Arena cracked. "I told (Moore) to go score a goal. ... We're a little thin outside in the midfield. I told Joe to be prepared to play in any of those positions."

Moore's winner came after Keller snuffed Gustavo Lopez's penalty kick in the 42nd minute. Keller made the most critical of his seven saves after referee Rodrigo Badilla penalized defender C.J. Brown of the United States for upending Lopez.

Lopez sent a low shot to Keller's left. Keller tricked him into shooting there by stutter-stepping to his right, then gobbling up the shot with a quick move the other way.

"With the rule changes that allow the goalkeeper to move, all you try to do is keep them guessing," Keller said. "If he had to take it over, I'm sure he'd put it further in the corner."

The United States improved to 4-1-2 since Arena took over as coach in November 1998. The Americans next play in the FIFA Confederations Cup in Mexico in July.

Argentina, preparing for the Copa America Cup in Paraguay this month, tied Mexico 2-2 in Chicago on Wednesday.

Coach Marcelo Bielsa, whose team needs to enliven its attack, complimented the rebuilding U.S. team as "very good and challenging."

The Argentines outshot the Americans 17-14 but were unable to finish their chances.

"There were some very obvious missed opportunities," he said. "We could not capitalize on 13 goals we could have possibly had."