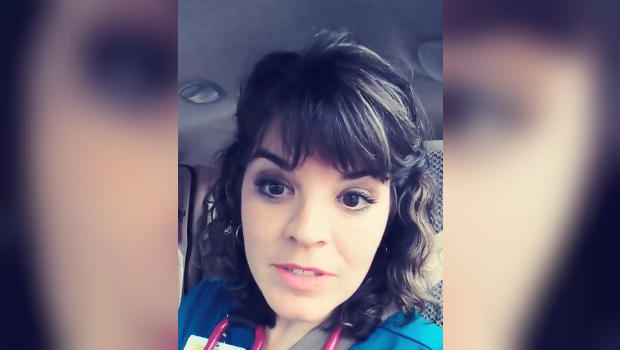 PENSACOLA, Fla. -- A nurse's Facebook rant about the "cesspool of funky flu" in emergency room waiting areas is getting a lot of attention. According to Katherine Lockler, 25 to 30 people often sit for hours in hospital waiting rooms as the worst cases get treated first.

"Wash your stinking hands," Lockler says in a six-minute video that's been viewed 4.8 million times since she recorded it in frustration after a 12-hour shift during this particularly nasty flu season.

The mother of four works in several emergency rooms in the Pensacola area in Florida's Panhandle.

"Some of them are not true emergencies, but they're waiting along with the flu right next to them. So guess what? Five flus came in, 15 flus walk out. It's great," she said sarcastically. "They'll be back."

Lockler told the Pensacola News Journal her intent was not just to vent, but to offer a constructive message from a health care professional's perspective.

"The biggest problem for me was seeing people come in to visit, and not only being exposed to this awful flu virus, but not taking the correct precautions to get themselves disinfected before going out in the world," Lockler said.

She said she's getting responses from around the world to the video she titled "After Work Thoughts." In it, she says the flu is spreading like "wildfire," and offers suggestions for staying healthy. She demonstrates the "magic trick" of sneezing or coughing into the crook of an arm to avoid getting germs on your hands. Then she repeats it, in slow motion.

"My sleeve got the germs, my hands didn't," she said, holding up her hand. "It's amazing to watch how many people come through the emergency room, sneeze in their hands and -- I watch -- no one grabs the hand sanitizer."

Lockler shares ER horror stories, like the father who let his baby to crawl on the floor, and the softball coach who brought his whole team.

"If you have a team member from your softball team who is sick or injured, you do not bring the entire softball team in to check on them. Because guess what?" Lockler said. "You just got 15 new vectors, or carriers of the flu by them all walking in. Which I watched them all walk in last night, see their friend, and not touch the hand sanitizer. Not once!"

In fact, if you aren't sick, just stay home, she advises.

Federal health officials said Friday 15 more children died of the flu over the past week and more states are reporting high levels of illness. In a briefing Friday, the Centers for Disease Control and Prevention said the flu outbreak is responsible for a total of at least 53 child deaths so far this season.

According to CDC Acting Director Dr. Anne Schuchat, there are most likely several weeks left of increasing flu activity this season.

The CDC continues to recommend people get flu shots, even though the vaccine's effectiveness is lower than in some years.