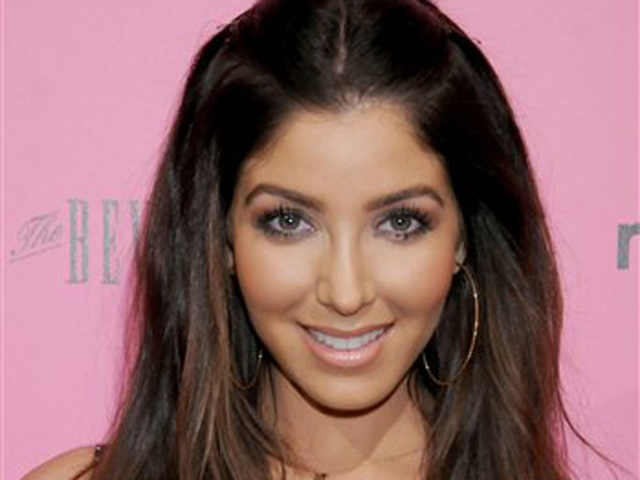 The reality show starlet and model on Wednesday sued the clothing store and its parent company, The Gap Inc., in a Los Angeles federal court alleging their ads violated her publicity rights with ads that feature a woman who looks like her.

A video of a broadcast ad featuring a smiling, dark-haired woman who bears a resemblance to the real Kardashian has been viewed more than two million times on Old Navy's YouTube channel.

Kardashian's lawsuit claims consumers may be confused by the ads and the model's actual endorsements, which include her own clothing store and shoe line. A commercial, titled, "Super C-U-T-E," began airing in February and Old Navy is still using some of the promotions, the lawsuit states.

The case cites all the benchmarks of modern celebrity: her eight million followers on Twitter, more than five million fans on Facebook and ranking as one of the most searched-for celebrities on the Internet.

Kardashian "has invested substantial time, energy, finances and entrepreneurial effort in developing her considerable professional and commercial achievements and success, as well as in developing her popularity, fame, and prominence in the public eye," the lawsuit states.

Louise Callagy, a spokeswoman for San Francisco-based Gap said the company has not yet seen the case and had no comment.

Kardashian, 31, has rocketed to fame in recent years after gaining prominence as a friend of Paris Hilton and for having a sex tape. She appears along with her family on the E! Entertainment Television series "Keeping Up With the Kardashians" and routinely graces magazine covers.

Her lawsuit is seeking unspecified damages and wants a federal judge to prevent Old Navy from using a Kardashian lookalike model in its ads again.

The model in the ads, Melissa Molinaro, is not named in the lawsuit. She expressed exasperation that the resemblance was being pointed out again. "Were (sic) still talking about this," she posted on Twitter, noting the ad ran five months ago. "Some people have too much time on (their) hands."