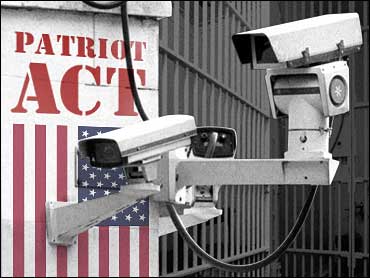 
Maybe it was just a coincidence that a federal judge in New York struck down an important provision of the USA Patriot Act on the very day that the House Judiciary Committee was scheduled to debate its future scope and effect. Or maybe U.S. District Judge Victor Marrero just wanted to make sure that the politicians knew how poorly the Patriot Act had been drafted, and perhaps remind them of how hastily it had been enacted - before they began to argue over whether and to what extent it should be amended.

Citing the Supreme Court's seminal June ruling in another terror-related case, Marrero Wednesday declared that the Congress went too far in October 2001 when it authorized the government to obtain private information without the traditional safeguards the Constitution requires. Balancing national security interests with individual rights, the judge sided with the governed and not their government. "Cases engendering intense passions and urgencies to unencumber the Government," Marrero wrote, "enabling it to move in secrecy to a given end with the most expedient dispatch and versatile means, often pose the gravest perils to personal liberties."

The provision that now enters legal limbo permits the feds to issue a "national security letter" to an Internet Service Provider, requiring the company to provide information about a particular customer but forbidding the company from either telling the customer that he or she is the target of an inquiry or even acknowledging to anyone else (like, say, the company's counsel) the mere existence of the letter. Like many other law enforcement powers, some controversial, some not, the authority to undertake this sort of search in this particular way was added to federal law as part of the Patriot Act, Congress' mostly knee-jerk response to the terror attacks on America.

The judge found two fundamental things wrong with the statute. Requiring companies to comply with the "national security letter" without providing them with any formal procedure to object violates the fourth amendment's "search and seizure" rules, the judge declared. The provision "effectively bars or substantially deters any judicial challenge to the propriety of an NSL request," he wrote. What he means by that is that the Constitution precludes the police from arguing that a search is valid just because they say so.

And the provision also failed the judge's test under the first amendment because it precludes the company that receives the letter from discussing it in any way with anyone forever. This, the judge ruled, amounts to an unconstitutional "prior restraint" on speech that is not justified. "In general, as our sunshine laws and judicial doctrine attest, democracy abhors undue secrecy, in recognition that public knowledge secures freedom," the judge wrote. "Hence an unlimited government warrant to conceal, effectively a form of secrecy per se, has no place in our open society."

It would be great if every member of Congress could and would read Marrero's entire 120-page ruling. The judge didn't just tear down the Patriot Act and tear into those legislators (you know who you are) who passed it three years ago without even glancing at it. Nor did the judge criticize the Justice Department itself, whose great legal minds came up with most of the provisions that now are generating increased skepticism by the judicial branch.

Instead, the judge spent a great deal of time and ink offering suggestions about how Congress could fix the many drafting errors contained in the Act. He even acknowledged some of the good faith efforts now underway in Congress to "fix" those portions of the Act that clearly need fixing. The fourth amendment problem, for example, probably goes away if Congress adds some meaningful judicial review to the NSL provision. And the first amendment problem is eased, the judge hinted, if the statute permits companies and individuals to communicate in some fashion about the trouble they've found once they receive one of those letters.

But while it would be great if our national legislators read the ruling and learned from it, I won't hold my breath waiting for members of the House Judiciary Committee or anyone else on Capitol Hill to absorb its lessons. Nor do I expect Attorney General John Ashcroft and his colleagues at the Justice Department to appreciate the irony in the fact that federal lawyers now have to fight (increasingly in vain) in court over the very statutory language that they pushed Congress to pass into law in the still of the night while the rubble from the Twin Towers still smoldered.

It's always delicious when one branch of government has to justify the work of another branch to yet a third and that's precisely what is happening now in our courts as the Patriot Act's most dubious provisions finally get the judicial scrutiny they deserve. Judge Marrero's ruling doesn't mean the end of the Patriot Act. It doesn't even mean the end of the provisions he voided (expect the announcement of an appeal any day now). But it does mean that the judicial branch of government, long dormant in the wake of the attacks, is increasingly asserting its constitutional prerogative to check the excesses of the other two branches. And there is nothing unpatriotic about that.