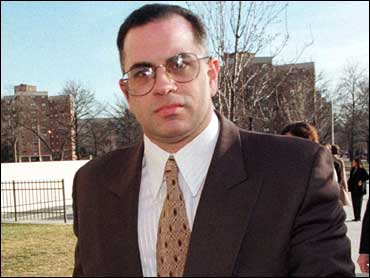 The jailed son of late mob boss John Gotti savored on Wednesday a mistrial that was expected to give him his freedom and possibly an acquittal on charges he engineered the botched kidnapping of a radio show host.

John A. "Junior" Gotti, who has been behind bars since 1999, could be free on bail by the middle of next week, his attorney, Jeffrey Lichtman, said Wednesday. After declaring a mistrial on Tuesday on the bulk of the racketeering case against the scion of the Gambino organized crime family, Judge Shira Scheindlin said, "The man is entitled to bail."

She also signaled she would enter a not guilty verdict on the most serious racketeering charge — the alleged plot to kidnap Curtis Sliwa, a WABC-AM host and founder of the Guardian Angels crime-fighting group.

"I think the calculation has changed," the judge told prosecutors at the close of the trial. "I think there is uncertainty about whether (the racketeering charge) can go forward."

In a partial verdict reached after eight days of deliberations in federal court in Manhattan, a jury acquitted Gotti, 41, on a single securities fraud charge.

Though the anonymous jurors failed to reach a verdict on the top racketeering count, they indicated on a verdict sheet that the government had not proved Gotti was guilty in the Sliwa plot and other schemes — an outcome that will become the basis of a defense motion demanding the judge enter a not guilty verdict.

Scheindlin told lawyers that if the government appealed a not guilty verdict, "We could be talking two more years" before Gotti could go to trial again.

In a statement, U.S. Attorney Michael Garcia said only that his office was "evaluating further proceedings."

Bruce Mouw, ex-head of the FBI Gambino squad, said prosecutors should be encouraged by tallies recorded on the verdict sheet showing the jury had deadlocked 11-1 in favor of convicting Gotti on several counts. "It's at best a moral victory for the Gottis," he said. "He didn't beat a damn thing."

Prosecutors alleged Gotti ordered his Gambino crew to give Sliwa a severe beating in 1992 in retaliation for his on-air rants against his father. Sliwa testified that a masked hit man shot him during a struggle in a stolen taxi.

The defense told jurors that Gotti had nothing to do with the Sliwa attack and said he retired from the Gambinos following an unrelated racketeering conviction in 1999. Prosecutors dismissed the claim, saying Gotti used his name to rise in the crime organization and gave orders and collected kickbacks beyond 1999.

Gotti had faced a sentence of up to 30 years in prison. His father was sentenced to life in prison in 1992 and died there 10 years later.

The mistrial drew comparisons to a string of acquittals won by the late mob boss in the 1980s and 1990s, earning him the nickname "Teflon Don."

On Wednesday, New Yorkers were treated to a front page New York Post story about the hung jury with the headline "Teflon Son," and to Sliwa's renewed tirades against the Gottis on his morning radio show.

Sliwa suggested the lone holdout on the jury had been bribed by the mob. "I'm alleging the fix was in," Sliwa said later in a phone interview. He vowed to keep talking about Junior — "a full-blown degenerate" — and to watch his back. "I'm a dead man walking, because now the Gottis and Gambinos are pumped up," he said. "I have to be careful."