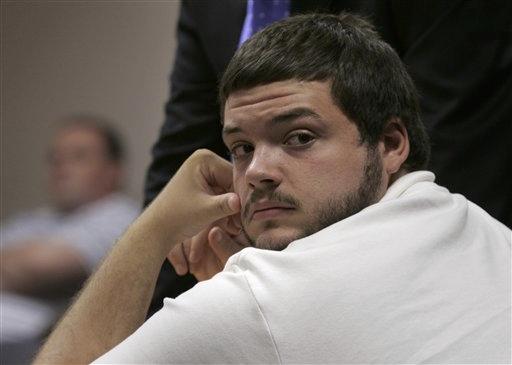 An Arkansas woman who locked her son out of his Facebook account and posted her own items there was convicted Thursday of misdemeanor harassment and ordered not to have contact with the teenager.

Clark County District Judge Randy Hill ordered Denise New, of Arkadelphia, to pay a $435 fine and complete anger-management and parenting classes. He said he would consider allowing her to see her 17-year-old son, Lane New, who lives with his grandmother, if Denise New takes the two courses.

The mother and son testified during the two-hour trial that they once had a good relationship but that it began to deteriorate this spring. They said the dispute that led to the Facebook postings arose when the boy was visiting his mother. She had asked him to return a key to her home, which he declined to do, and she then refused to let him into the house to retrieve some of his belongings.

Some of the postings Denise New said she put on her son's Facebook page included vulgarities. One, which she said she mistakenly posted on her son's page instead of her own, said: "The only mistake I ever made was having a kid."

Hill gave Denise New a 30-day suspended jail sentence, which she would have to serve only if she did not fulfill the other conditions during her yearlong probation.

New has said she posted items on her son's account after he had failed to log off the social-networking site. She also changed his password so he couldn't use it again.

One of the Facebook messages Hill said he was disturbed by was worded to appear as though Lane New had written it: "Check this out - I went to my mom's and deliberately started an argument and called the police on her. She almost went to jail. How cool is that? Ha, ha, ha."

Denise New said she posted that item because she thought her son had told two police officers who came to her home that she had hit him during their confrontation. She said she had merely pushed her son back away from a door he was approaching. That posting, the judge said, could only be construed as an effort by the mother to make out her son to be a liar.

Hill also criticized the mother for using vulgarities in messages left on her son's cell-phone voicemail.

New had testified that the vulgarities she used in the Facebook postings and the cell-phone messages reflected the relaxed relationship she had once had with her son. Such language was common in everyday joking between the two of them, she said. But the judge called it "totally, completely inappropriate." New's attorney, Justin Hurst, said he would discuss a possible appeal with his client and decide whether to pursue one within the next few weeks.

In media interviews before the trial, Denise New said her son moved in with his grandmother about five years ago, after she went through a difficult divorce, was having mental health problems and didn't feel she could provide her son with the supervision he needed.

She said the rift between them earlier this year developed because she was concerned about her son's behavior and the company he was keeping. She said she became concerned when she read on his Facebook page that he had driven home at 95 mph one night because he was mad at a girl.

She portrayed the matter as an effort by her to exercise supervision over her son's Internet activities. "If I'm found guilty on this, it is going to be open season" on parents," she told a reporter for The Associated Press.

In pronouncing judgment, Hill said that was clearly not the case.

"The issue is: Did someone act in a way to harass or harm another person?" Hill said.