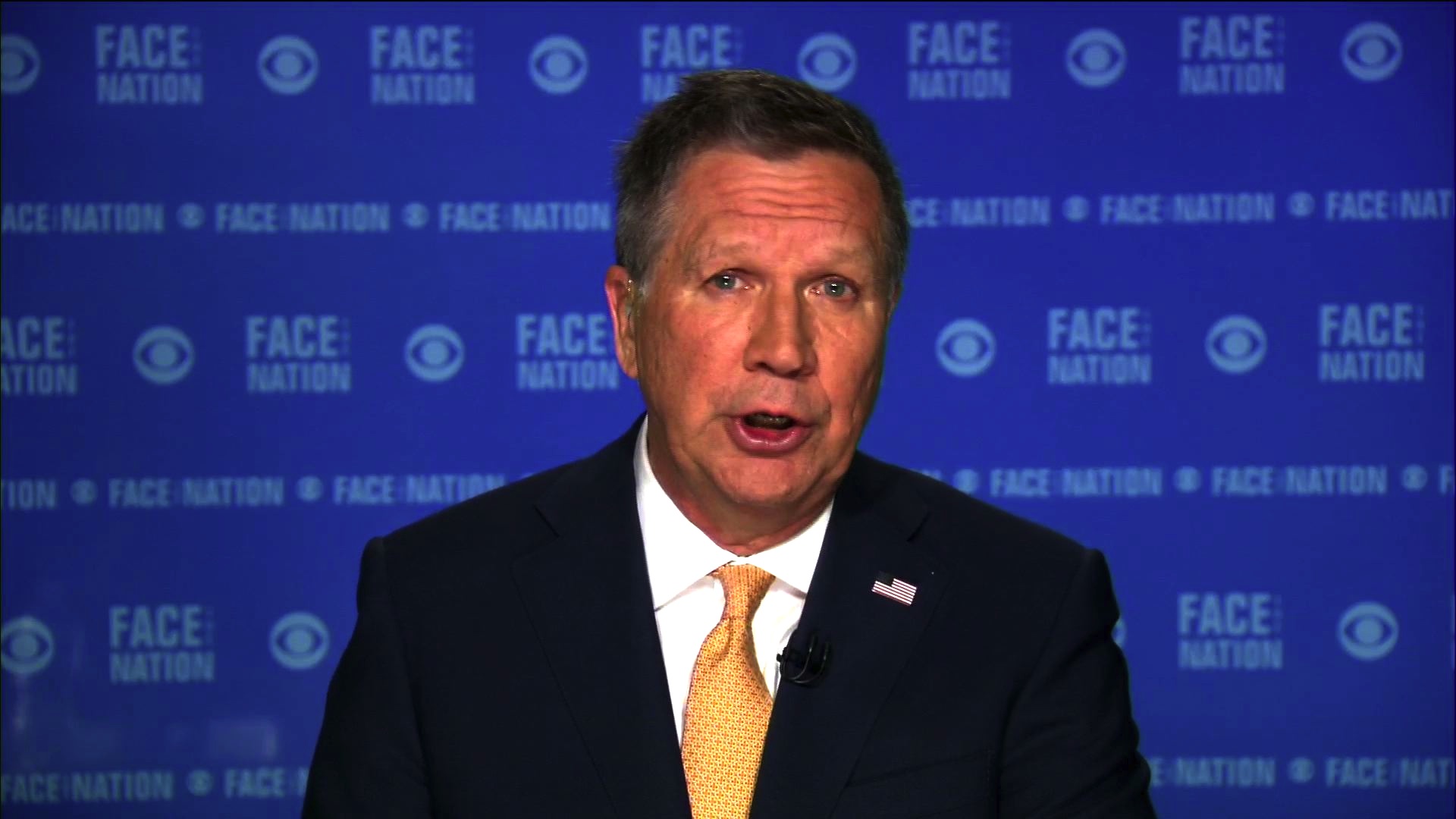 Kasich conceded that the anger and disillusionment voters are expressing at Trump's rallies is real--but said Trump's negative tone isn't the way politicians should be channeling voters' feelings.

He jokingly gave himself credit for the much more respectful tone of the most recent GOP debate: "And frankly, since I've been so positive, it must be contagious because the last debate was you know, was sweet, right?" he said.

Asked about Trump's recent attacks on him over his support of the North American Free Trade Agreement, Kasich said there needs to be a balance between free trade and being able to punish companies that "cheat."

"I've always been a fair trader and a free trader at the same time. ... I've been saying for a long time that we need to have an expedited process that when people cheat, we shut their products down," he said. "But that doesn't take away from the fact that we have to be involved in the global market, because frankly, one out of every five workers are connected to it."

And when discussing Florida Sen. Marco Rubio's suggestion that his supporters should back Kasich in Ohio, Kasich wouldn't explicitly suggest his backers to do the same in Florida--though he did note that he's not competing there.

"Look, I'm not campaigning in Florida, my focus has been in this state and in Illinois," he said. "And you know, look, at the end, this is not like stop somebody, this is about my telling people the way the country ought to be run and the experience I've had and why I've had success so I can give them the hope that we actually can pull the country together."

With the recent violence surrounding Trump's rallies across the country, Kasich sounded less certain he'd be able to support Trump in the general election, despite the pledge he and the other candidates signed to back the eventual nominee

"Well, I'd like to support the nominee, but he's not going to be the nominee, that's just not going to happen," he said. "But I said at the last debate he makes it difficult. And we'll see how this goes. I mean, he's got to begin to lift people and stop dividing people and the toxic environment must end."

"This is not making us proud. Think of the videos that have been shown all over the world of people slugging it out at a campaign rally," he continued. "I mean, there are people around the world that are shaking their heads who are saying, 'What the heck's happened to America?'"