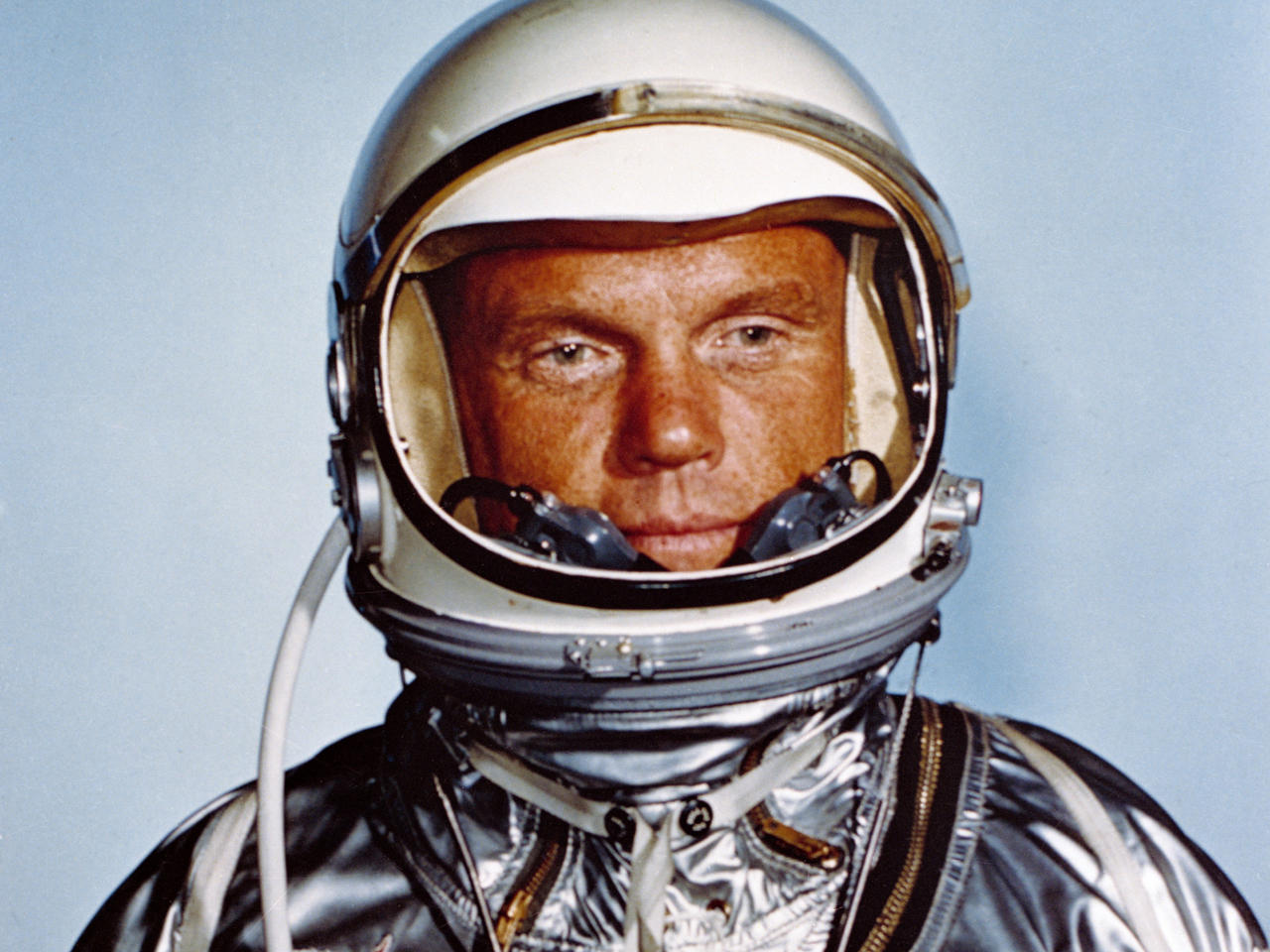 The world reacted on Thursday to the death of John H. Glenn Jr. with an outpouring of remembrance and praise for the decorated combat veteran and test pilot who became the first American to orbit Earth.

Many revered him as an icon, space legend and true American hero.

In a flood of social media posts, everyone from President Obama and President-elect Donald Trump to Elon Musk to current and former astronauts expressed their sadness over losing Glenn, who was one of the original seven Mercury astronauts in the initial chapters of the Cold War space race, and later became a U.S. senator.

Glenn died at the age of 95 after being hospitalized at the Ohio State University James Cancer Center.

Politicians, astronauts, educators and others repeatedly called him a hero, with many mentioning the phrase that first sent him into orbit: “Godspeed, John Glenn.”

“We are saddened by the loss of Sen. John Glenn, the first American to orbit Earth. A true American hero,” NASA tweeted among a slew of posts remembering the icon.

Longtime friend and fellow astronaut Buzz Aldrin — who suffered a health scare last week and had to be evacuated from Antarctica for treatment — said in a statement, “I feel fortunate to be recovering from my own illness, but saddened that we lost another space pioneer and world icon. ... I am very sorry that he has departed us with his wisdom.”

NASA Administrator Charles Bolden, himself a former shuttle commander, said in a statement: “Glenn’s extraordinary courage, intellect, patriotism and humanity were the hallmarks of a life of greatness. His missions have helped make possible everything our space program has since achieved and the human missions to an asteroid and Mars that we are striving toward now. ... The entire NASA Family will be forever grateful for his outstanding service, commitment and friendship.”

“Today we lost a great pioneer of air and space in John Glenn,” President-elect Donald Trump said on Twitter. “He was a hero and inspired generations of future explorers. He will be missed.”

President Barack Obama said when Glenn blasted off from Cape Canaveral in 1962, “he lifted the hopes of a nation.”

“And when his Friendship 7 spacecraft splashed down a few hours later, the first American to orbit the Earth reminded us that with courage and a spirit of discovery there’s no limit to the heights we can reach together,” Mr. Obama said. “The last of America’s first astronauts has left us, but propelled by their example we know that our future here on Earth compels us to keep reaching for the heavens. On behalf of a grateful nation, Godspeed, John Glenn.”

Ohio Gov. John Kasich said Glenn “is, and always will be, Ohio’s ultimate hometown hero, and his passing today is an occasion for all of us to grieve.”

“Though he soared deep into space and to the heights of Capitol Hill, his heart never strayed from his steadfast Ohio roots. Godspeed, John Glenn!” Kasich said.

“John held many titles throughout his life: war hero, astronaut, and senator,” McCain said. “But none so aptly described John as the title of ‘good man.’”

Sen. Bill Nelson, D-Fla., a former shuttle astronaut, called Glenn “a first-class gentleman and an unabashed patriot,” while Roger Launius, National Air and Space Museum associate director and historian, called him “an honest-to-God hero.”  Many others involved in the space program over the years added to the praise.

SpaceX CEO Elon Musk, who shared Glenn’s passion for space exploration, saluted him for “a life well lived,” while veteran astronaut Chis Hadfield paid tribute to “a great American, a life of service, an inspiration to us all.”

Ed Harris, who played Glenn in the 1983 film “The Right Stuff,” said he’s always had a huge amount of respect for Glenn.

“I never had the chance to meet him, have no idea what he thought of the film, but I mourn the passing of this decent and honorable man and send much love and all good thoughts to Annie and his family,” Harris said in a statement.