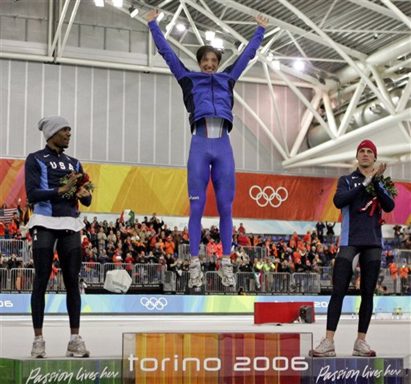 Brian Brennan was shaking. So was Cleveland Stadium.

The scoreboard towering over the Dawg Pound read:

Brennan had just given Cleveland the lead over Denver with a stunning 48-yard touchdown reception in the 1986 AFC championship game. And when the Broncos' return team botched the ensuing kickoff, Denver was pinned inside its 2-yard line, 98 yards from a tying TD.

"Right then," Brennan said the other day. "I'm thinking, it's a done deal. We're finally going to the Super Bowl."

Nearly 80,000 fans and a nationwide television audience thought the same thing. For Denver to tie, quarterback John Elway would have to take his team the length of a muddy field into the teeth of a strong Lake Erie wind, fighting rabid fans and one of the league's top defenses.

No shot. Game over. At long last, Cleveland had a spot in the Super Bowl.

And Brennan's TD had put them there.

"I remember standing with (backup quarterback) Gary Danielson," he said. "There we were, two guys from Detroit, and we were going to the Super Bowl. We were hugging and I was thinking that like "The Catch" Dwight Clark made for San Francisco, I had made "The Catch" to put us in the Super Bowl."

Elway, though, had other plans. And during the next five minutes he would lead the Broncos on a 15-play, 98-yard odyssey that would become known as "The Drive."

Denver tied the score and the Broncos won in overtime to put Elway in his first Super Bowl. And of the great moments in a career Elway closed Sunday with his retirement, none defined him more than "The Drive."

Cleveland lost to the Broncos in the AFC title game again the next year, partly because of "The Fumble," and again in 1989.

But "The Drive" and Elway still haunt Cleveland.

Mention "The Drive" to a Browns fan, and you may get punched in the nose. It seems everyone here remembers where they were on Jan 11, 1987, when in a five-minute span Elway, the quarterback who couldn't win the big one, became Elway, the comeback quarterback.

It figures, too. Just when Cleveland is making its greatest comeback with a return to the NFL this year, Elway isn't coming back.

"John Elway, unequivocally, is the best clutch player ever to play the game," Brennan said.

Time hasn't eased the pain of "The Drive" much for Brennan. He still takes a deep breath and stares blankly as he begins reliving it for the zillionth time. But before starting, he makes a few points.

"The Drive" began inconspicuously with an Elway incompletion, and the Broncos had to burn a timeout an convert a third-and-2 on the first series to avoid punting.

Four plays later, Elway had the Broncos on the Cleveland 40 for the two-minute warning. Following an incompletion, the Browns, for the only time on the drive, put some pressure on Elway and sacked him for an 8-yard loss.

"We finally got to him," said Brennan. "I still think we were in a prevent defense too much."

Here's where it gets really painful for Brennan and Browns fans.

With Cleveland Stadium fans roaring, Elway in the shotgun and the Broncos' offensive line unable to hear a thing, Denver center Billy Bryan snapped the ball a count early.

As wide receiver Steve Watson came in motion, the ball hit him in the hip as he crossed in front of Elway. The ball bounced wildly and Elway was somehow able to one-hand it before firing a 20-yard pass between two defenders to Mark Jackson for a first down.

"That was when I felt like it was just meant to be," said Brennan. "And somehow he got the ball in there with guys right in Jackson's face."

A 14-yard pass and Elway's 9-yard scramble put the ball at the 5. On third-and-1, Elway sidesteppped a defender, and threaded the ball through heavy traffic to a sliding Jackson, tying the score. The Broncos would win in OT on Rich Karlis' 33-yard field goal.

From his vantage point, Brennan saw the ball make it through a labyrinth of Browns arms and hands.

"That TD pass to Mark Jackson that tied it?" he said. "I think (defensive tackle) Carl Hairston might have even tipped it. And (cornerback) Mark Harper was right there diving and . . ."

No Browns fan or player has more of a reason to hold a grudge against Elway than Brennan. He doesn't. But rarely does a day pass that he doesn't think about what might have been if "The Drive" hadn't trumped his TD on a play called, "Y option, X smash."

"I catch the pass, I'm catching a lot of other things with it here in Cleveland," he said. "I'll tell you this, my name would be known in a lot more households than it is today. I guess when I caught it, maybe I should have run around a little bit and taken some time off the clock."