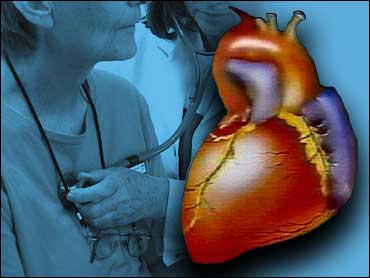 A new study presented to the American Heart Association finds that high levels of stress at work can increase the risk of heart attack for healthy women by an astonishing 88 percent.

As Dr. Jennifer Ashton reports, this study was presented at this week's session of the American Heart Association, the biggest cardiology meeting in the world.

The study looked at almost 20,000 healthy women; the average age was 57. Most participants were healthcare professionals - anyone from a nurse's aide to a Ph.D. The study followed them for ten years.

Asked how the researchers define "job strain," Dr. Ashton said, "Job strain for this study included people who felt they were in jobs with little or no decision making, they were very demanding jobs, and in particular didn't allow them to use their individual creativity."

They also looked at the effects of job insecurity, which many people are feeling in this economy.

Asked how that can affect someone physically, Asthon said, "Job insecurity could be someone who has a job and fears they might be losing it or someone who might be out of work potentially."

According to Ashton, "the researchers found that those who stated they had a degree of job insecurity also were at higher risk for obesity, hypertension or high blood pressure, high cholesterol" - all things known to increase the risk for cardiovascular disease.

Many people smoke to cut stress, but Ashton said that's a major no-no. Another obvious thing to cut out is junk food, which is often readily available at work places.

A good stress buster, she recommended, is meditation or deep breathing exercises; ten minutes a day can really make a difference. Also taking a short walk during the day can help reduce stress.

When asked if stay-at-home moms have a similar level of stress, Ashton said, "Well, they haven't done that study yet but in terms of the patients I see, they are balancing a lot, a lot of balls in the air worrying about their children, worrying about what they are doing at work if they work from home, and all of that stress can lead to a reduction in your immune system, it causes chronic inflammation with short-term and long-term consequences and this study really shows that."

She added that her stress-reduction tips apply to everyone, including men.