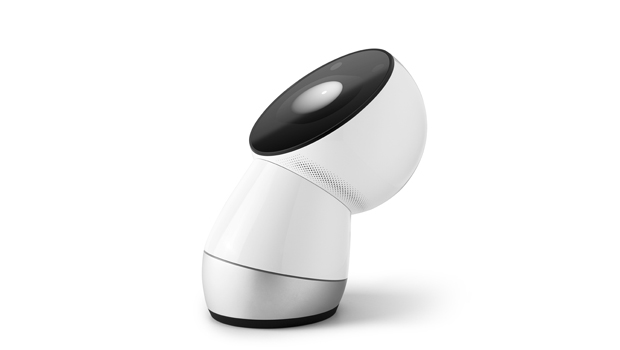 Shoppers looking to beat next year's holiday rush for the hottest tech might want to put their order in now.

Scheduled to be available by December 2015, Jibo will be capable of interacting with its owners; for now, it is just a prototype, but that could soon change. Launched on Wednesday, the crowdfunding campaign for Jibo -- which creators are calling the "world's first family robot" -- has blown through its $100,000 funding goal on Indiegogo.

Social robotics - that's the idea behind Jibo, and Cynthia Breazeal, an associate professor at the Massachusetts Institute of Technology, has worked in the field for years. Involved in MIT's Personal Robots Group, she has been focusing on developing the principles, techniques, and technologies for personal robots.

Perhaps the best known social robot is Leonardo, which Breazeal helped create, in collaboration with the world-famous special effect experts at Stan Winston Studio. The 2.5 foot furry robot was meant to be whimsical -- not imitating any living creature -- to demonstrate the lab's idea that robots will never be animals or humans. "Robots will be their own kind of creature and should be accepted, measured, and valued on those terms," noted the team on the project's website.

"A social robot does not need to be humanoid or to locomote to engage people and bring content to life beyond flat screens. This adds a lot of unnecessary expense and complexity," Breazeal told CBS News in an email.

Breazeal and her team adopted the same whimsical, simple approach towards designing Jibo. At first glance, the 11-inch tall robot -- with a six-inch base -- resembles more of a retro television than a 21st century robot. But rest assured, it will be loaded with all the amenities of current technology, such as Bluetooth and WiFi.

Come next December, Jibo is expected to be able to have the following capabilities that will allow him act as an assistant, reminding you of upcoming events; a storyteller, complete with sound effects, graphics and physical movements to boot; a photographer, noticing smiles to automatically take a photo; a messenger and telepresence avatar, allowing users to communicate; as well as act as an companion.

These functions might remind people of something they already have: their smartphone, raising questions as to why they would need another device. Breazeal answers those skeptics with a now-popular device -- in which people did not realize its potential at first -- the iPad.

"After all, you could already do everything that an iPad could do on either a smartphone or a laptop. So what [was] the point," she asked. "Now, I have three iPads in my home and millions and millions are sold every year. Why? Because the affordances of the iPad enabled new use cases that were superior or different enough from that of these other devices."

Take photography, for example. People can use their phones or tablets to take photos, but this requires the person to step out of the moment, use the camera app on their device and then get back in the action.

"With Jibo, however, he's not a camera -- he plays the role of a cameraman. So as robot, you can ask Jibo to take photos on your behalf ... Now photo capture can be done in a new way that provides real value to people, because [let's] face it, we want to be in the picture, too," Breazeal explains.

This is not the only robot coming out next year. Last month, SoftBank announced that Pepper, a 48-inch tall emotion-sensing robot, would go on sale in Japan next February. It is unknown if Pepper will be sold overseas. Other robots have been demonstrated as well, such as the walking, talking Asimo robot by Honda, but it would be too sophisticated and expensive for home use.

If people are interested in having Jibo by next December, they should put in their order soon. The most popular pricing option, "$99 now, $400 later," is sold out in Indiegogo, but there are other pre-order options available, including the $799 "Buy one, give one" option and the $599 developers edition.

The final cost of the finished Jibo is unknown, but it will most likely be higher than the pre-order prices.