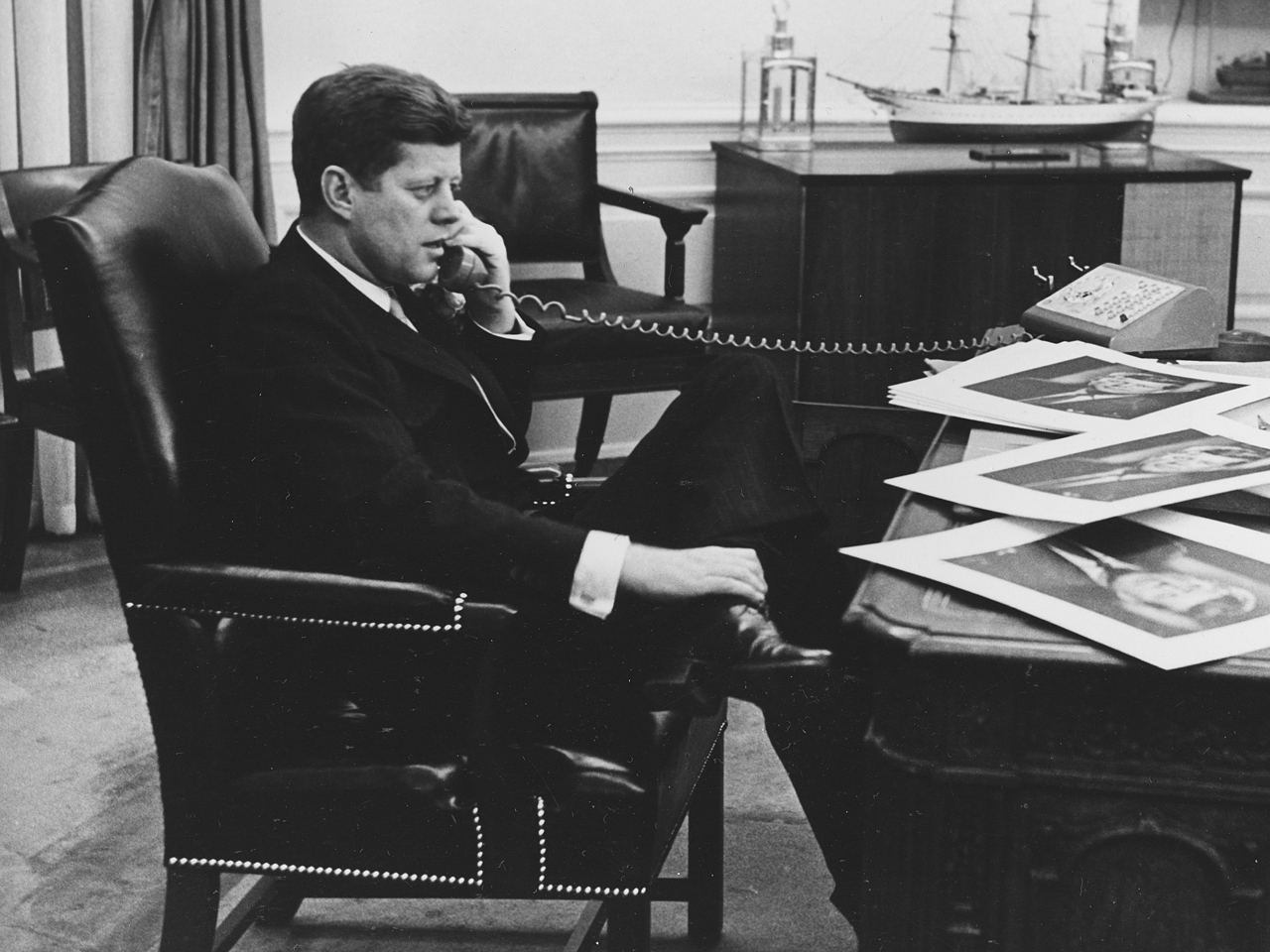 It's a rare peek into Camelot.

The last batch of John F. Kennedy's private White House tapes are being released by his presidential library.

The 45 hours of audio chronicle the end of his presidency -- the last of them was recorded just two days before his assassination.

A particularly ominous note is sounded just three days before Dallas, when the president asks staffers to schedule a meeting with an Indonesian general. At one point during the discussion, he makes a haunting reference to the day on which his funeral would be held, saying it's going to be "a tough day."

Kept secret from even his closest aides, the tapes document Kennedy's private meetings and phone calls, with in-depth conversations about key events of the day, including the upcoming 1964 election, U.S.-Soviet relations, and the Vietnam War, about which Kennedy is heard saying, "On the one hand, you get the military saying the war is going better and, on the other hand, you get the political (opinion) with its deterioration is affecting the military."

There are lighthearted moments, as well. The sounds of the president's children playing in the Oval Office can be clearly heard, as he introduces them to Soviet Foreign Minister Andrei Gromyko.

Presidential historian Douglas Brinkley says the tapes show "a president incredibly vigorous and able to, in one hand, make the strongest policy statements, and crack a joke at the next minute. Play with his children one second and then be having a fierce conversation with a world leader at the next. It gives us JFK, the man."

For historians, the tapes provide new insight into Camelot.

Says Brinkley, "Because he couldn't write a memoir, these tapes are his autobiography of the White House, if you like, and their value can't be overestimated."

To see Bill Plante's report, click on the video above.