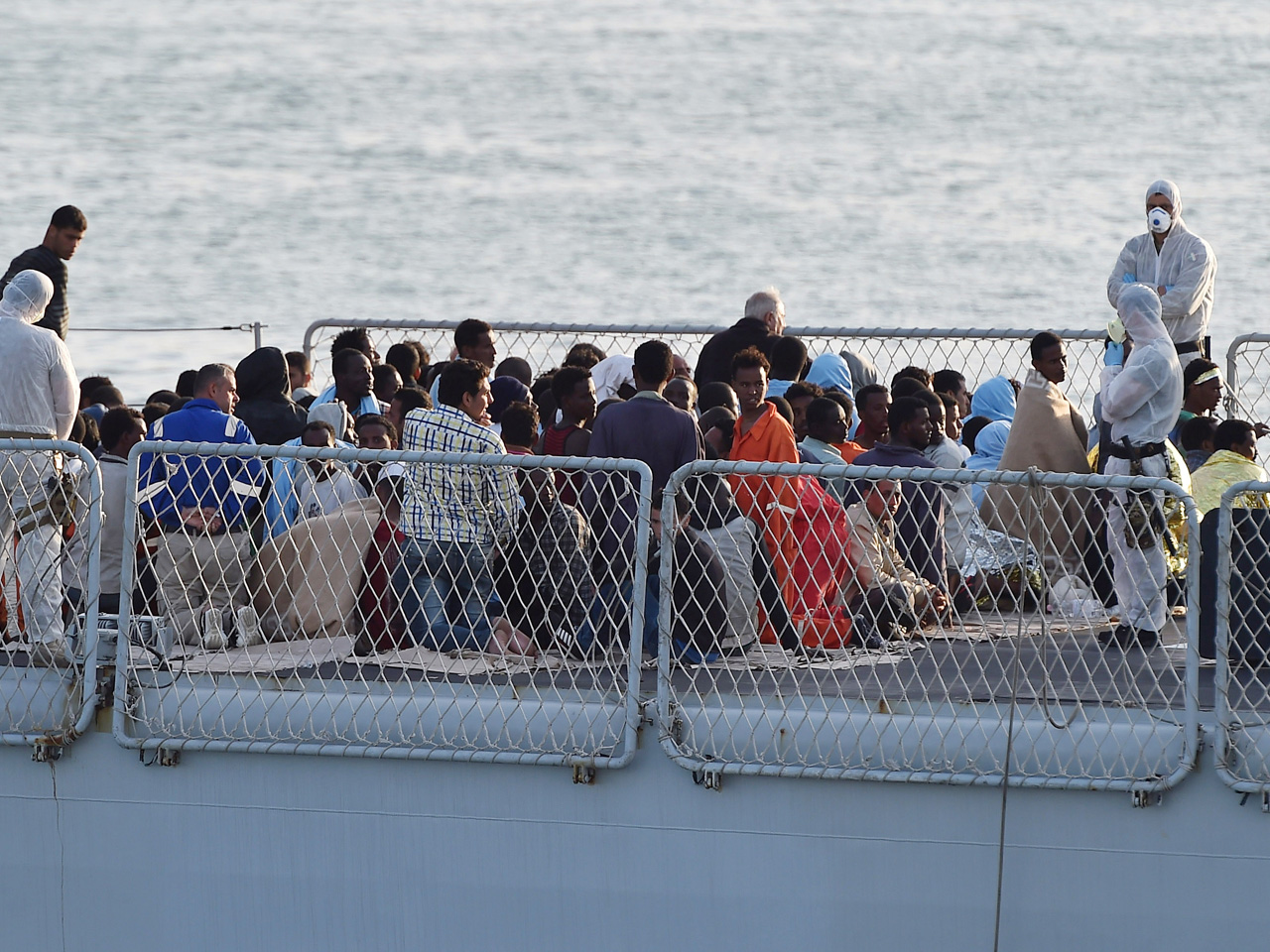 MILAN -- The Italian Coast Guard said Wednesday, that it had rescued almost 10,000 migrants since Friday in the waters off the coast of Libya. In the first three months of 2015, 15,000 migrants are believed to have reached Italy's shores.

On Sunday, rescuers reached an overturned boat 80 miles north of the Libyan coast and pulled 144 migrants clinging to its overturned hull to safety. Nine bodies were recovered in the water nearby.

Survivors told the non-profit group Save the Children that an additional 400 people had been on board, leading to fears they may have drowned. However, the Italian Coast Guard said Tuesday that an exhaustive three-day search-and-rescue operation had yielded no evidence of additional victims.

Yet experts warn that as the number of migrants making the dangerous crossing increases, so will the death toll.

In 2014, an estimated 3,500 died making the journey. During the first three months of 2014, the International Organization for Migration says fewer than 50 people died trying to make the crossing.

This year, the total is much higher. The group says at least 480 migrants died in the Mediterranean from January to March 2015.

"The unprecedented influx of migrants at our borders, and in particular refugees, is unfortunately the new norm and we will need to adjust our responses accordingly," said the EU's commissioner for migration, Dimitris Avramopoulos, on Tuesday.

On Sunday alone, the Italian Coast Guard coordinated the rescue of migrants from 22 separate vessels. The mission also included an Italian navy boat, and merchant ships and trawlers in the vicinity were enlisted to help.

The European Union took over patrols in the Mediterranean in January, when the Triton operation replaced the Italian Mare Nostrum mission, an aggressive search and rescue mission which ventured into international waters with the specific aim of saving lives.