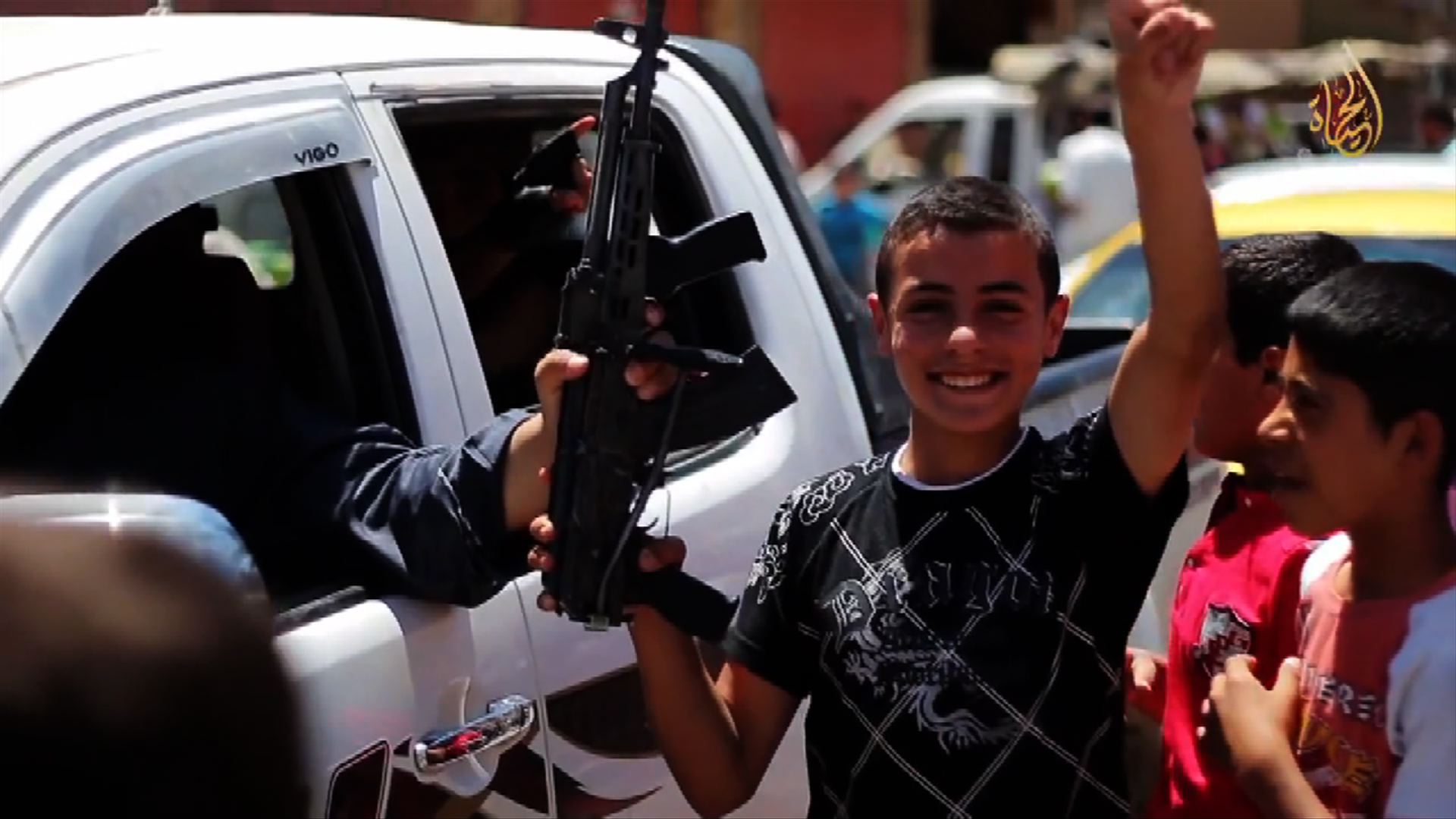 As many as 3,000 Westerners are fighting alongside the Islamic State of Iraq and Syria, or ISIS, and other jihadist groups in Syria and Iraq.

Terror analysts say those fighters pose the greatest threat to the United States because of their ability to travel freely and blend in. Many are recruited through a powerful online media campaign, CBS News' Julianna Goldman reports.

"I am your brother in Islam here in Syria. We have safety here for your family and children," said a Western jihadist on video, urging potential ISIS recruits to come join the fight in Syria.

It's all part of a high-tech propaganda machine ISIS has developed to reach out to militants in Europe, Canada and the United States.

The terror group now has its own multilingual media arm, Al Hayat, which is behind the creation and distribution of glossy magazines and highly produced slick videos. ISIS even uses drones and GoPros to appeal to the Western eye.

A "mujatweet," a short promotional video, shows a softer side of jihad. In one such video, a Belgian hands out ice cream to excited Syrian children.

Elliot Zweig is deputy director of the Middle East Media Research Institute, which has been tracking ISIS on the Web.

"You see messages of camaraderie," Zweig said. "The focus of these are much more on 'come and join us', it is not all difficulty and gore and suffering. It is 'come and join us, join me and we'll fight the good fight together.'"

A celebrity culture has even emerged around some of these ISIS fighters, like the French militant who goes by Guitone and a German rapper who goes by Deso Dogg.

"The message is very much, here we are at the beach, here we are eating pizza, the guys, it's pizza night, almost as an aside it says 'death to Jews,'" Zweig said.

Twitter had no comment but has shut down official ISIS accounts. Even so, tweets show how easy it is for Jihasits to skirt the system and get their message out.

"At the end of the day, they don't need big numbers," said Frank Cilluffo, director of the George Washington University Homeland Security Policy Institute. "They're trying to appeal to small numbers, which unfortunately in the terrorism business is all it takes."

When it comes to policing these social media sites, sources say the intelligence community is divided. On the one hand, jihadists use them as recruitment tools, but ISIS postings also help track these militants and teach us about their activities when intelligence on the ground is limited.