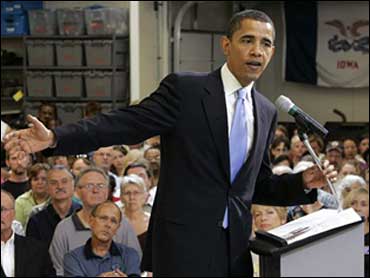 This column was written by Cass R. Sunstein.

Some of the most illuminating and entertaining work in social science has recently explored what are known as "informational cascades," whose dynamics help to explain a wide range of phenomena, from surprise bestsellers to political correctness to the iPhone frenzy to student radicalism in the 1960s to emerging attitudes toward climate change to the successes and failures of political candidates.

Here's a stylized example of a political cascade: Barbara does not know which political candidate to support, but after hearing that her friend Allen supports Barack Obama, she tends to favor Obama. Charles is also undecided, but once he learns that his friends Barbara and Allen support Obama, he ends up supporting Obama too. Deborah doesn't follow politics especially closely, and she tends to like Edwards, but she joins the Obama enthusiasts after learning of the shared support of Allen, Barbara, and Charles. (How could all three be wrong?) From there, it's easy to see how her friends Ed, Frances, George, and Henrietta might fall into line too.

Of course everyone knows about bandwagons. But the recent studies have offered some real surprises. Why does one singer become a superstar, whereas an apparently indistinguishable singer is now waiting tables? Why do some books or movies become blockbusters while equally good ones flop? Observers tend to treat successes and failures as the logical outcomes of well (or poorly) laid plans, or attribute them to large, intrinsic differences among people and products. But cascades, which are unpredictable and not very logical are created by small variations and even coincidences, and these often make all the difference. A few early supporters, or a single favorable review or report, can start a "yes" cascade — just as a few early negatives, or a bad first week, can produce a devastating "no" cascade.

In a recent study of music downloads, Matthew Salganik and his collaborators found that quality was only a modest factor in determining a song's popularity, and that success could not possibly be predicted in advance. Some songs became extremely popular, and others pretty unpopular, simply because of the perceived decisions of other listeners. The authors show that small differences in initial downloads can make a mediocre song a hit, and ensure that a terrific song is treated as a mediocrity. As the authors noted, "The best songs rarely did poorly, and the worst rarely did well, but any other result was possible."

Furthermore, cascades are surprisingly fragile, because those who join them lack much information. Social support for a product, a person, or an idea can seem solid and unbreakable — but a small "shock," in the form of apparent trends or disclosure of damaging information, can unsettle things with amazing speed. Studies by political scientist Susanne Lohmann, for example, show that the fall of communism in then-East Germany was greatly spurred by an informational cascade, produced by growing turnouts during protest movements in Leipzig.

In the electoral domain, cascade effects have been crucial, making or breaking contenders in short periods. Howard Dean's cascade-fueled 2004 presidential campaign was reversed by a bad cascade, partly induced by a sound-bite — his scream following the Iowa caucuses. George Allen's presidential ambitions (and his Senate reelection campaign) died shortly after the media got hold of the macaca story and helped to create a "no" cascade. This cycle, John McCain has also been the victim of a negative cascade. Just as job applicants find themselves with no offers just because they've been rejected before, once people saw that others were not giving McCain much money, it became even harder for him to raise funds. His campaign is likely to collapse for that reason. By contrast, Barack Obama is clearly the beneficiary of a "yes" cascade. As in the case of the music downloads, his popularity has begat more popularity, and his proven ability to fund-raise has made it easier to attract other donors.

Of course, McCain's troubles and Obama's successes are not solely the products of cascade effects. To date, McCain has been a surprisingly weak candidate, hobbled by his positions on the Iraq war and immigration, while Obama has been an exceedingly strong one. But it is impossible to understand the fundraising problems of McCain, and the stunning successes of Obama, without reference to cascade effects.

An appreciation of those effects also helps to show why the national polls are much less important than many experts think. Because the early primaries will create informational cascades, it does not greatly matter if (for example) Rudy Guiliani is ahead by five points, or ten points, or fifteen points — except insofar as such differences help to create early cascade effects.

As the campaigns continue, it will be especially interesting to see when cascade effects, whether negative or positive, start to accelerate. By their very nature, such accelerations cannot be predicted in advance, but once they are underway, they are unmistakable. At a certain stage, what seemed highly speculative or merely possible becomes all but certain, as both donors and voters settle on one or another candidate in massive numbers.

After they flock, many observers will insist that the outcome was an inevitable product of the successful candidates' biography, virtues, and ideas, or that their success had some deep connection with the culture or the zeitgeist. But as with popular vacation spots and blockbuster hits, the impression of inevitability will be an illusion. In all probability, the eventual nominees will have won less because of the zeitgeist than because of their ability to manage, and to spark, favorable cascades.
By Cass R. Sunstein
If you like this article, go to www.tnr.com, which breaks down today's top stories and offers nearly 100 years of news, opinion and analysis