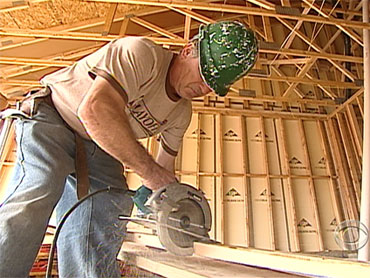 The decline marked the poorest showing since April 2009, when construction dropped to 477,000 units the lowest level on records dating back to 1959. Construction of new homes and apartments is 77 percent below its peak during the housing boom of 2.27 million units in January 2006.

Separately, the Labor Department said inflation was essentially tame last month. A steep rise in gasoline prices drove the consumer price index up 0.2 percent in October, the fourth straight monthly increase. But excluding volatile food and energy costs, core consumer prices were unchanged for the third straight month. In the past year, the core index has risen only 0.6 percent, the smallest increase since the index began in 1957.

The weak housing market has been a major drag on the broader economy, which is struggling to add enough jobs to lower the 9.6 percent unemployment rate. A huge backlog of foreclosed properties has lowered home prices and made it difficult for builders to compete.

Each new home built creates, on average, the equivalent of three jobs for a year and generate about $90,000 in taxes, according to the National Association of Home Builders.

The latest report showed only a 1.1 percent decline in the construction of single-family homes, which make up more than 80 percent of the market. Construction of multifamily units dropped 43.5 percent after a drop of 19.2 percent in September. Apartment construction, which is volatile from month to month, had posted big gains in July and August.

Applications for building permits, a strong indicator of future construction, rose 0.5 percent in October to an annual rate of 550,000 units. However, this small increase recouped only a part of a 4.2 percent decline in September.

High unemployment, slow job growth and tight credit have kept people from buying homes. Sales of new homes hit the lowest level in more than a decade this summer after a federal homebuyer tax credit expired in April.

The National Association of Home Builders reported Tuesday that its monthly index of builders' sentiment remained in the doldrums with a reading of 16 in November, up only slightly from an October reading of 15.

Index levels below 50 are seen as reflecting a negative outlook for housing on the part of the builders. The last time the index was above 50 was in April 2006.