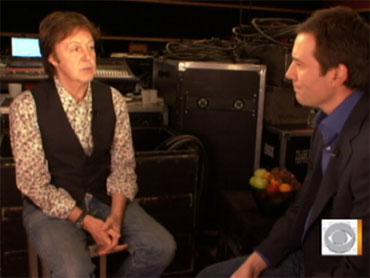 Sir Paul McCartney happened to be in New York City Thursday, the 30th anniversary of the shooting death of John Lennon, who was lived in Manhattan at the time, and was gunned down there.

And the significance of the day, and McCartney's locale, wasn't lost on the legendary former Beatle, as he explained to CBS News Correspondent Jeff Glor, who also reported in the video below on a gathering of Lennon's fans to mark the occasion: