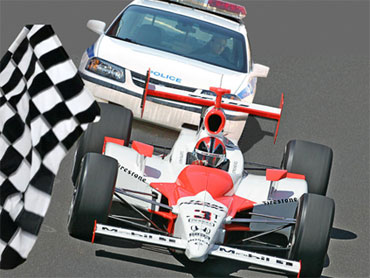 Scheckter got a speeding ticket Friday night on Interstate 65 in Indianapolis, where the speed limit is 55 miles per hour.

Police say it was difficult to clock Scheckter accurately because he was weaving in and out of traffic.

Scheckter could have been arrested on a misdemeanor charge of reckless driving but was instead given a ticket for driving at an unreasonable speed. The ticket carries a fine of $175 to $500.

Indianapolis police say officers have discretion and that Scheckter was not treated differently than other speeders.