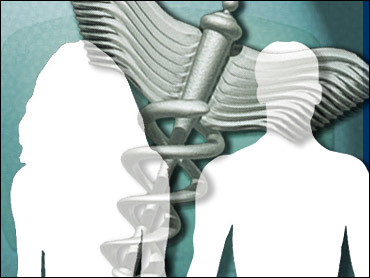 Lawmakers in Indonesia's remote province of Papua have thrown their support behind a controversial bill requiring some HIV/AIDS patients to be implanted with microchips - part of extreme efforts to monitor the disease.

But legislator John Manangsang said by implanting small computer chips beneath the skin of "sexually aggressive" patients, authorities would be in a better position to identify, track and ultimately punish those who deliberately infect others with up to six months in jail or a $5,000 fine.

The technical and practical details still need to be hammered out, but the proposed legislation has received full backing from the provincial parliament and, if it gets a majority vote as expected, will be enacted next month, he and others said.

Indonesia is the world's fourth most populous country and has one of Asia's fastest growing HIV rates, with up to 290,000 infections out of 235 million people, fueled mainly by intravenous drug users and prostitution.

But Papua, the country's easternmost and poorest province, has been hardest hit. Its case rate of almost 61 per 100,000 is 15 times the national average, according to internationally funded research, which blames lack of knowledge about sexually transmitted diseases.

"The health situation is extraordinary, so we have to take extraordinary action," said another lawmaker, Weynand Watari, who envisions radio frequency identification tags like those used to track everything from cattle to luggage.

A committee would be created to determine who should be fitted with chips and to monitor patients' behavior, but it remains unclear who would be on it and how they would carry out their work, lawmakers said Monday.

Nancy Fee, the UNAIDS country coordinator, said the global body was not aware of any laws or initiatives elsewhere involving HIV/AIDS patients and microchips.

Though she has yet to see a copy of the bill, she said she had "grave concerns" about the effect it would have on human rights and public health.

"No one should be subject to unlawful or unnecessary interference of privacy," Fee said, adding that while other countries have been known to be oppressive in trying to tackle AIDS, such policies don't work.

They make people afraid and push the problem further underground, she said.

"People with AIDS aren't animals; we have to respect their rights," said Tahi Ganyang Butarbutar, a prominent Papuan activist.

He said the best way to tackle the epidemic was through increased spending on sexual education and condom use.