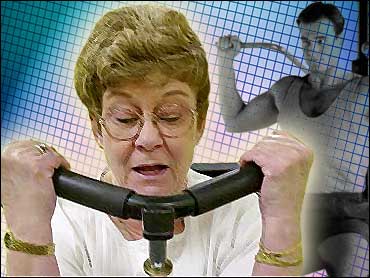 Been sitting on the sidelines from exercise for a while? Think you're past the point of no return? Think again.

New research shows that middle-aged, overweight adults who have been sedentary for six months can overcome the negative health effects of inactivity with just six months of exercise.

"Many of the detrimental effects of physical inactivity can be reversed with a similar period of exercise training," write Duke University exercise physiologist Jennifer Robbins and colleagues.

What's more, people with the steepest health setbacks from inactivity seem to reap the biggest benefits from getting back to exercise, Robbins' team reports.

Robbins presented the findings this week at the American College of Sports Medicine's 53rd annual meeting in Denver.

In the study, Robbins and colleagues looked at 53 middle-aged, overweight people who had been sedentary for six months.

Before and after the six-month period, researchers checked participants for 17 traits, including: