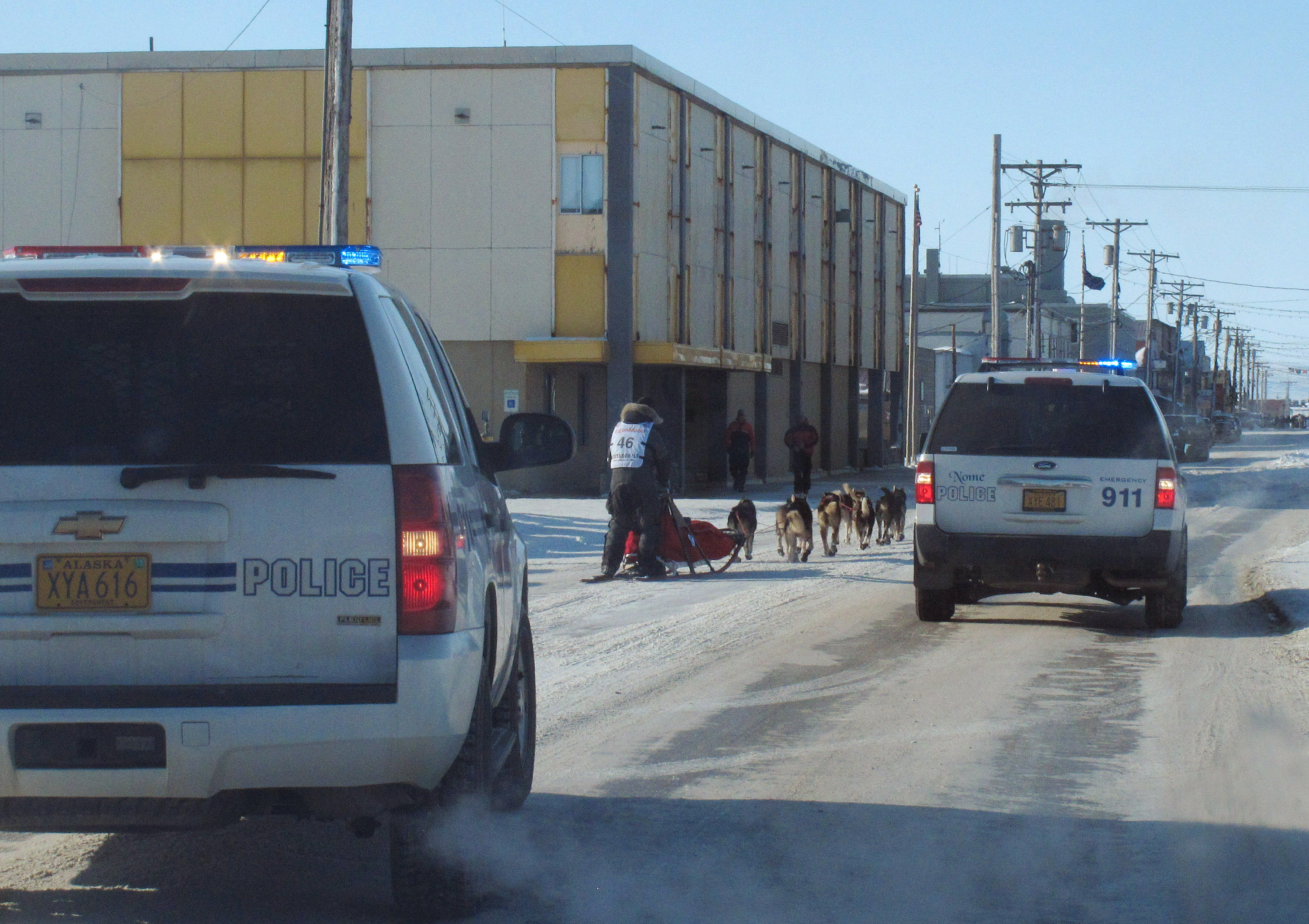 ANCHORAGE, Alaska A dog that died in this year's Iditarod Trail Sled Dog Race asphyxiated while getting buried in snow during severe wind, officials said Saturday.

Race officials disclosed the results of the necropsy for 5-year-old Dorado, who was found dead Friday in Unalakleet. It was waiting to be flown back to Anchorage.

"Dorado and all other dropped dogs were last checked at 3:00 a.m. on Friday morning. Between that time and daylight, drifting snow covered several dogs and Dorado was found to be deceased," race officials said in a statement. "The entire Iditarod family is mourning this loss. We ask that you support Paige and her family during this difficult time."

Race officials have declined to talk in detail about the incident, The Anchorage Daily News reported.

It is not unusual for mushers to leave dogs at race checkpoints and continue on the trail. Dogs are left behind if they are sick or injured, or tired and not keeping up with the team. The dogs are placed in dog lots, where they are cared for until they can be flown to Anchorage for pickup.

Race Marshal Mark Nordman had said the weather delayed efforts to get dropped dogs to Anchorage.

Drobny's husband, Cody Strathe, said in an email to The Associated Press that he and his wife were waiting to find out more.

"We are awaiting results of the official necropsy as we do not know what occurred, but are deeply saddened," Strathe said. Their website describes the 55-pound Dorado as a "shy but happy dog" who last year completed the 1,000-mile Yukon Quest International Sled Dog Race.

McLarnon said the Iditarod has not had a dog death since 2009.