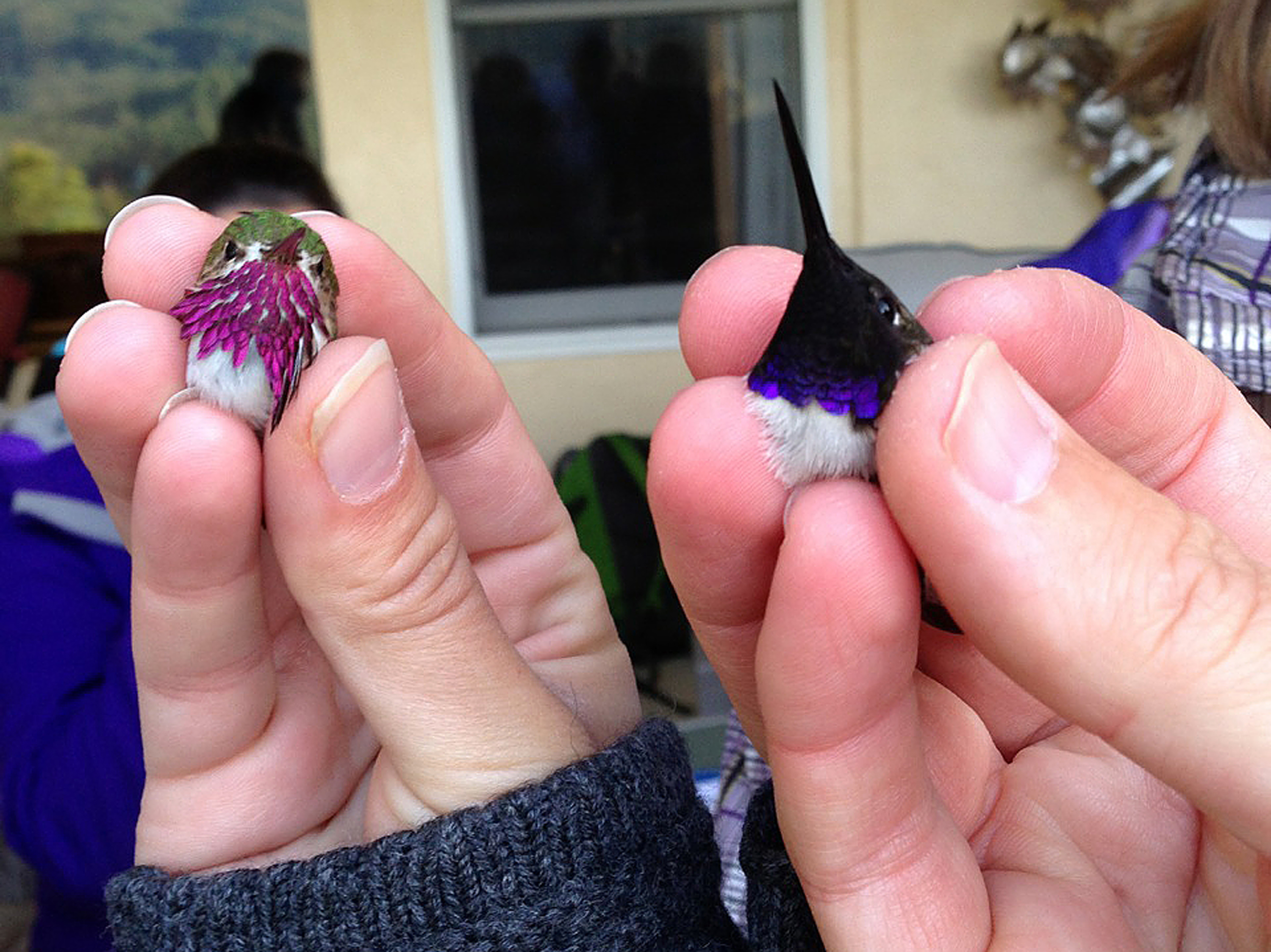 BOISE, Idaho -- Hummingbirds are giving up some of their secrets.

The perfecting of placing tiny numbered bands on their legs in the last decade has led researchers to discover hummingbirds can live longer than 10 years as opposed to the two or three once thought likely.

And astonishing migrations have been found, with a Rufous hummingbird caught in Florida one winter showing up the following summer more than 3,500 miles away in southeast Alaska. Some birds have even been discovered wintering in areas where temperatures drop below zero degrees.

"We're learning a lot about hummingbirds through banding we never would have learned otherwise," said Bruce Peterjohn, chief of the bird banding laboratory for the U.S. Geological Survey's Patuxent Wildlife Research Center in Laurel, Maryland.

Federal and state permits are required to capture hummingbirds, which are protected under the Migratory Bird Treaty Act.

In the United States, Peterjohn said, there are some 225 hummingbird banders. About 125 are considered master bird banders because of the years they have spent perfecting the technique. An additional 100 banders trained by a master bird bander have sub-permits, though they are allowed to capture hummingbirds unsupervised.

Despite the obstacles, the number of hummingbird banders has increased from about a dozen in the mid-1990s.

"They know exactly what's going on," said Bassett, 68, a master bird bander who caught 1,900 hummingbirds in Idaho last summer but spends much of the winter at his home in Alabama. "They know humans are supposed to put up the feeders. They consider us to be their personal servants."

"I envy them greatly for being able to fly like that - how they can maneuver, go from 0 to 50 miles per hour in about 10 feet," he said.

Besides advances in the tiny metal bands - which banders have to prepare themselves - breakthroughs have also been made in trapping equipment. Just as important, said Jessica Pollock, a research biologist with the Intermountain Bird Observatory at Boise State University, have been refinements in gathering information to give it greater relevance.

"You need to have a standardized protocol," she said. "You just can't be willy-nilly."

Her group last year caught a record 635 hummingbirds, including 105 recaptures, during nine capture days between May and August on private property located about a mile south of Idaho City. Key to capturing hummingbirds, she said, is to go where there is an established feeding site put up by humans that has had time to attract generations of hummingbirds.

"They'll bring their kids, and their baby hummingbirds will bring theirs the next year," Pollock said. "So you just get more and more every year."

Carl Rudeen, another hummingbird bander in Idaho, captured a record 768 hummingbirds in the state. He's discovered that a new species of hummingbird, the Anna's hummingbird, is starting to move into Idaho.

His theory is that the species, which thrives in urban environments with human helpers, is moving from coastal areas to Idaho expecting to find hummingbird feeders at the ready.

All the new information has led to yet more questions.

For example, Peterjohn said, it's not clear if hummingbirds on their long migrations fly hundreds of miles at a time and make long layovers to refuel, or if they are making relatively short 30-mile flights. The longevity of hummingbirds is also unknown, with Peterjohn predicting birds in their teens will likely start showing as the banding program continues. A lack of banders in Mexico and central America is a problem though, he added.

And in Idaho, local banders are at a loss to explain why record numbers of hummingbirds were captured last summer. Some possibilities, Pollock said, range from a better breeding year to better migrating conditions. But researchers can only speculate.

"Our knowledge has increased and made us realize how little we know and how much there still is to learn about hummingbirds," Peterjohn said.