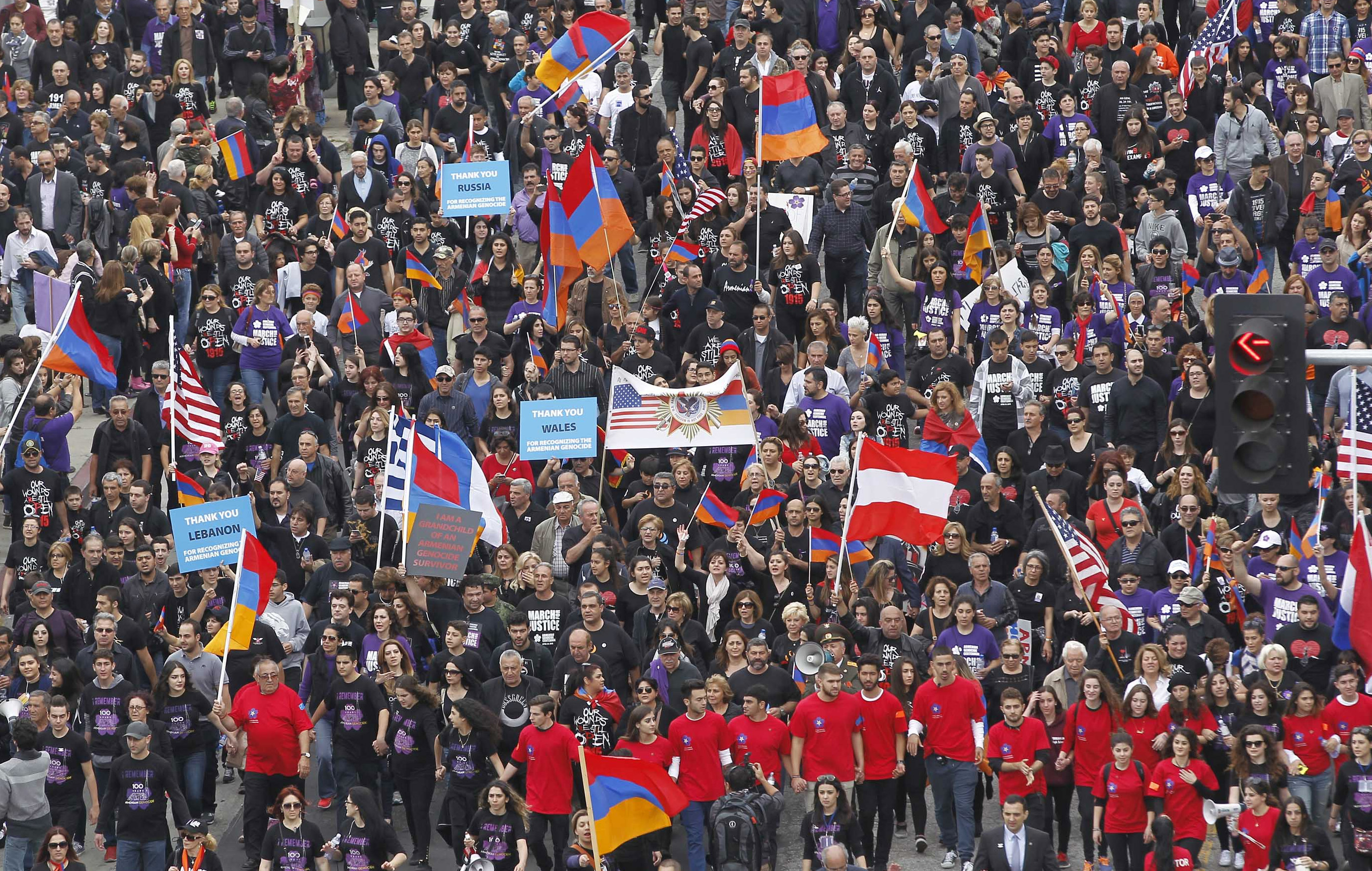 LOS ANGELES -- Tens of thousands of people marched in Los Angeles on Friday to commemorate the 100th anniversary of the killings of an estimated 1.5 million Armenians during the Ottoman Empire, and to press for recognition by Turkey and U.S. that it was genocide.

Throngs carried flags and signs, and most wore black on the 6-mile (10-kilometer) walk under gray skies from Little Armenia to the Turkish Consulate, which rejects the characterization of genocide.

A slogan emblazoned on shirts read: "You cannot silence history. Genocide is no mystery."

The event comes after President Barack Obama once again stopped short of calling the 1915 killings genocide, going back on a campaign promise and prompting anger in the Armenian community.

The eighth-grade teacher said her great-grandfather and many other relatives were among those killed.

The march was "pretty peaceful" and no major incidents had been reported by early afternoon, said Officer Tony Im, a spokesman at police headquarters.

Earlier this month, Turkey recalled its ambassador to the Vatican after Pope Francis described the killings as genocide. The European Parliament also triggered Turkey's ire by passing a nonbinding resolution to commemorate the "centenary of the Armenian genocide."

Historians estimate up to 1.5 million Armenians were killed by Ottoman Turks around the time of World War I. Turkey denies the deaths constituted genocide.

"We commemorate with deep respect the Ottoman Armenians who lost their lives during the relocation in 1915, and we share in the grief of their children and grandchildren," the Los Angeles office of the Consulate General of Turkey said in a statement Thursday. "But we are against exploiting history and the sufferings for political purposes. ... The term 'genocide' is a legally binding, morally obstructing, historically wrong and politically misused concept that prevents the discussion of the events."

Turkey withdrew its U.S. ambassador more than four years ago when a House panel approved a resolution branding the killing of Armenians as genocide. The resolution eventually stalled.