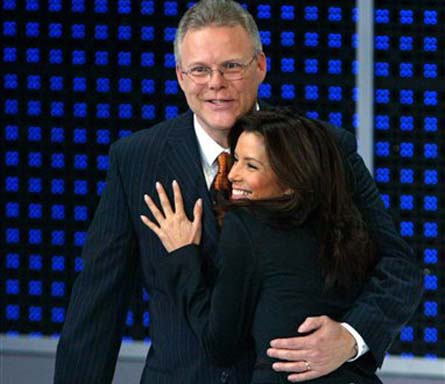 Luke Recker stole the ball and scored on a dunk with 7.2 seconds left as Indiana extended Ohio State's miseries with a 74-72 victory Thursday night.

The Buckeyes had the ball with 27 seconds left on the shot clock and 28.5 remaining and the score tied at 72.

As the clock ticked down to 10 seconds, Ohio State point guard Carlos Davis attempted to shovel a pass to Michael Redd near midcourt. But Recker ran between them and tipped the ball away with his left hand and dribbled in for the dunk with 7.2 seconds left.

Ohio State hurried downcourt, but Davis' running jumper from 12 feet with a second left was well short of the basket.

Indiana won for the ninth time in its last 11 games. It was also coach Bob Knight's final appearance at St. John Arena, because the Buckeyes will move into the new Jerome Schottenstein Center next season. Knight, Ohio State class of 1962, was a member of the Buckeyes' 1960 national championship team.

Recker finished with 15 points and William Gladness had 13 for Indiana.

Michael Redd, leading the Big Ten in scoring, led Ohio State with 19 points while Davis and Jason Singleton each had 14 and Neshaun Coleman 10 points in the Buckeyes' 10th straight conference loss at home.

Andrae Patterson hit a rebound follow off a Guyton miss with 2:11 remaining before Michael Lewis hit the first of two foul shots at the 1:21 mark to put the Hoosiers ahead 72-70.

With 1:07 left, two Indiana defenders hit the deck as Singleton hit a turnaround to tie it.

Patterson missed a shot with 37 seconds left and Ohio State rebounded, setting the stage for the wild finish.

Guyton banked in a 27-foot fadeaway 3-pointer with 2 seconds left while falling into the Ohio State bench to give Indiana a 37-34 lead at the break. The Hoosiers fell behind 13-4 right out of the gate but used an 11-0 run - five points by Richard Mandeville and four by Gladness - to take a 22-18 upper hand.

Indiana had six turnovers in its first nine trips down floor and finished the half with 10.

The Hoosiers have won seven of the last eight meetings.