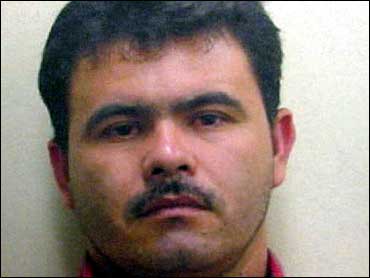 Authorities charged a Honduran man in a series of sexual assaults that had kept women in the Little Havana neighborhood on edge for more than a year, according to court documents Sunday.

Miami Police Chief John Timoney said DNA evidence tied Reynaldo Elias Rapalo to seven rapes of women and girls between the ages of 11 and 79 since September 2002, including three young girls who were attacked in the span of four weeks in May and June. The 11-year-old was raped as she arrived home from school.

Rapalo, 32, was scheduled to appear by a video conference in court Sunday on multiple counts including sexual battery on a victim age 11 or younger, burglary with assault, aggravated stalking and other charges related to the attacks.

He was being held without bond at Miami-Dade County jail.

Rapalo, a Honduran citizen in Miami on an expired visa, was taken into custody Friday night. A DNA sample taken from him matched forensic evidence from the rape scenes, Timoney said Saturday. Rapalo's fingerprints also matched those found at least one scene, and an eyewitness identified him as the rapist, authorities said.

Rapalo had not been appointed a public defender as of Sunday morning.