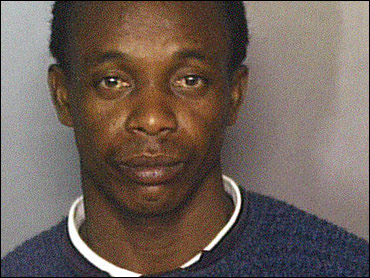 A homeless man who did odd jobs for a local restaurateur was stabbed to death as he defended her against a knife-wielding intruder, authorities said.

Kelcy Ruiz, 32, was mourned as a hero for coming to the aid of Melida Murillo during an attack Monday at her Colombian restaurant, Mama Leonor.

Ruiz, described by relatives as a crack cocaine addict who lived mainly on Miami's downtown streets, did occasional work for Murillo in exchange for food.

"Even though he was a forgotten member of society, he acted better than most people who are not homeless," said Detective Delrish Moss, spokesman for the Miami Police Department.

Ruiz's uncle described his nephew as "a lost soul" who had emigrated from Honduras four years ago in hopes of kicking his drug habit and finding work.

Another homeless man, Tyrone Daniel Clark, 43, was being held without bond on charges of first-degree murder, attempted murder and armed robbery.

Clark was arrested in Miami on drug charges in March but was released, apparently because officials did not realize he had skipped out from monitoring required as a registered sex offender.