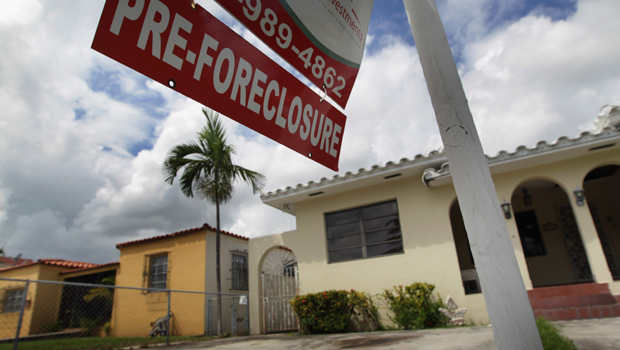 LOS ANGELES Although the number of home foreclosures around the U.S. edged up last month, the country is on track to end the year with the fewest properties repossessed by lenders in six years.

Foreclosure listing firm RealtyTrac says lenders repossessed just under 37,000 U.S. homes last month. That's down 31 percent from the same time last year, and up 4 percent from the month before.

"While foreclosures are continuing to boil over in a select group of markets where state legislation and court rulings kept a lid on foreclosure activity during the worst of the housing crisis, the foreclosure boil-over markets are becoming fewer and farther between as lenders have caught up with the backlog of delayed foreclosures in some of the states with the more lengthy judicial foreclosure process," said Daren Blomquist, vice president of RealtyTrac, in a statement.

At the monthly average so far this year, completed foreclosures are projected to total nearly 490,000 this year. That would be 27 percent below 2012's total and the fewest foreclosures since 2007. Foreclosures peaked in 2010 at 1.05 million.

Despite the downward trend, many homeowners remain at risk of losing their homes, and some states saw an uptick in foreclosure activity last month. Foreclosure starts rose in 26 states in July and were up from a year ago in 15 states, according to RealtyTrac. Maryland saw the biggest monthly increase in foreclosures, followed by Oregon, New Jersey, Connecticut and New York.

These states generally have tougher rules for lenders to seize a home. Foreclosures that were held up because of faulty documentation and other reasons are now being repossessed.