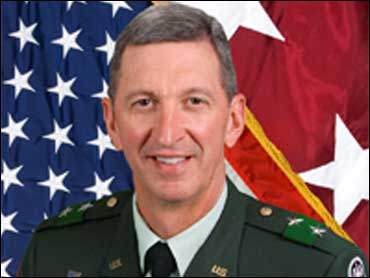 So the general in charge of Walter Reed Army Hospital has been fired.

The Washington Post's series of articles exposing substandard living conditions for outpatients and a mind-numbing bureaucratic mess that returning Iraq and Afghanistan war veterans were left to wallow in shamed the military and angered new Defense Secretary Robert Gates.

What a difference a new secretary makes! Someone on top was made to take responsibility. Since the beginning of the Iraq War that's rarely been the case. From the lack of troops to Abu Ghraib, the brass seems never to get tarnished.

But before you write a thank-you to the Pentagon for doing the right thing, please note that the new man in charge at Walter Reed had the job before and took issue with the Post's expose, saying the situation at the hospital was not a horrific catastrophic failure.

No, apparently covering your butt is more important than taking care of the wounded.

Harry's daily commentary can be heard on many CBS Radio News affiliates across the country.
y Harry Smith