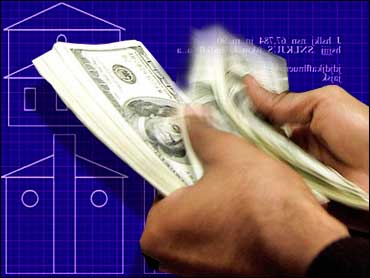 The number of low- to moderate-income families spending more than half their earnings on housing rose by over 67 percent between 1997 and 2001, according to a study released Tuesday by a coalition of affordable housing advocates.

Experts said some of the over 4 million households last year that used more than half of their income to pay the rent or mortgage fell victim to an affordable housing crunch in some of America's most expensive markets, like San Francisco and Washington.

But for other low- and middle-income families, salary raises were not enough to pay rising housing costs - a problem throughout the country, even with the thriving economy in the late 1990s, said Ann Schnare, president of the Center for Housing Policy, which released the report.

"Our research underscores the need to act now to increase the current supply of affordable housing across the nation," said Michael Pitchford, president of the National Housing Conference, a coalition of industry experts, advocates and academics and the parent organization of Schnare's group.

Other results from the analysis of federal housing data discounted long-held notions that affordable housing problems affected only the urban poor or renters, Schnare said.

For instance, while over 39 percent of those with "critical" housing needs lived in the city, over 42 percent lived in the suburbs, with the rest residing outside metropolitan areas. Between 1999 and 2001, the number of homeowners who spent more than half their income on housing rose 36 percent, outpacing the 24 percent rise among renters.

Low- and moderate-income families with critical needs were identified as those who paid more than half their income for housing, had substandard housing or encountered both problems.

There has been renewed interest in housing the past year, due in part to growing evidence that housing problems affect not just the poorest families, but many middle-income Americans as well.

Jared Bernstein, an economist at the Economic Policy Institute, predicted that trends in housing affordability would persist as the economy struggles.

"If we have difficulty during the best of times, we will have greater difficulties in the recovery (from last year's recession)," Bernstein said.

Low- to moderate-income families were identified as those that worked the equivalent of a full-time job and earned between the minimum wage of $10,712 and 120 percent of the median income in their area.

According to a separate Census Bureau survey, the national median household income in 2001 was $42,228, down from $43,162 the previous year.

Nearly 12 percent of the families studied had critical housing needs last year, up from 9 percent in 1997, the study found.